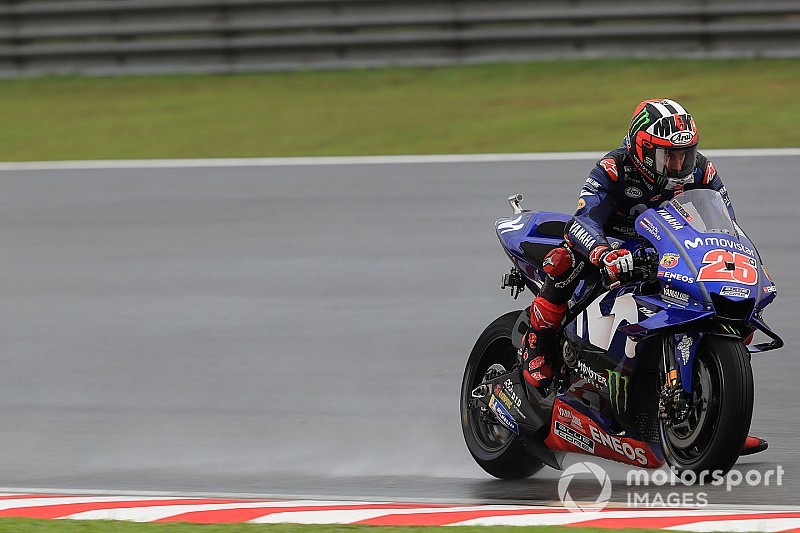 Maverick Vinales says his Yamaha MotoGP crew has to be more “intelligent” in setting up his bike for wet conditions, after struggling to 11th in Sepang qualifying.

Vinales was among the quickest riders in the field throughout practice in the dry, but toiled badly in the rain-affected pole shoot-out.

And faced with the contrast of the results achieved by Tech 3 rider Johann Zarco and his own works teammate Valentino Rossi – who will start first and second on Sunday after Marc Marquez's penalty – Vinales has hinted strongly that the problem was on his side of the garage.

“We haven't been intelligent enough to understand the set-up, the way to ride in the wet - because finally I was quite strong in the wet, it's just [that] all the time I open the gas the bike didn't go forward, I lose so much.

“I just need to find a little bit more grip on the rear and maybe I could be on second row.

“The team has to give me a better bike in the wet, otherwise I'll always be two seconds from the lead.

“Rossi and Zarco are a lot further ahead so there's no excuse. They're always up there in the wet and I'm behind.”

Vinales replaced Jorge Lorenzo at Yamaha and currently works with Lorenzo's former crew chief Ramon Forcada – although he and Forcada will go their separate ways at the end of the year, having developed a fractious relationship.

Rain conditions were widely regarded Achilles' heel of Lorenzo's at Yamaha, especially in the years leading up to his exit for Ducati, and Vinales made reference to this after qualifying.

“I was always fast in the wet,” Vinales said. “In fact, Lorenzo was never good with this bike in the wet, and now he's going very fast with the Ducati.

“For me, it's two years that I've been struggling in the wet, only on this bike.

“The team needs to provide me a good bike for the wet. The other two Yamahas are on the top, we just need to at least copy them.”

Vinales' woes in rainy conditions last year were echoed on the other side of the garage, but Rossi is now satisfied that Yamaha has overcome the “nightmare” that was its 2017-spec YZR-M1's performance in the wet.

“I feel good with the bike, on the wet I can ride in a good way,” he said after qualifying.

“Last year, for us with the 2017 bike was a nightmare, the wet [condition]. We always wake up in the morning and opened the window slowly, scared that it would be wet.

“With this bike it's a lot better, you can feel. Didn't rain a lot this year so we didn't know, so the first impression was quite good.” 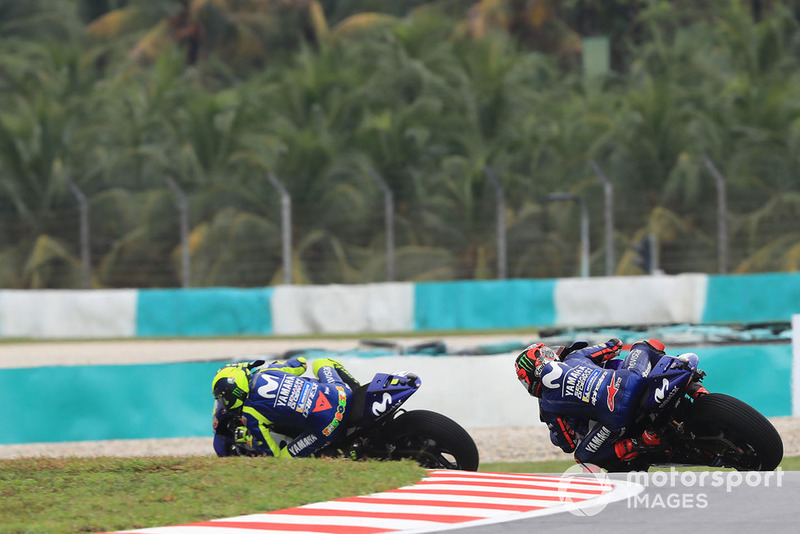 Analysis: Can Rossi end his winless streak at Sepang?