Vinales: Forcada decision wasn't made by me alone 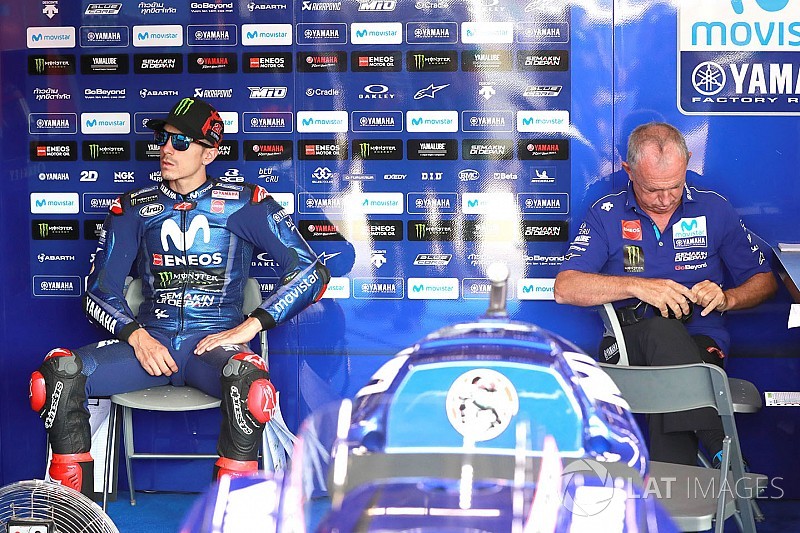 Yamaha MotoGP rider Maverick Vinales says the decision to dispense with crew chief Ramon Forcada at the end of the 2018 season was not taken purely by him.

Vinales was at the centre of controversy in Brno last weekend as he confirmed that he and Forcada are to part ways at the end of 2018 - before Forcada revealed he hadn't been informed of this choice by the Spanish rider.

Yamaha then prevented Vinales from fielding questions from journalists on the topic in his Saturday media debrief.

Asked about ongoing tensions in his pitbox with Forcada ahead of this weekend's Austrian Grand Prix, Vinales replied: "I think it’s done. Last weekend [there] was more noise than what it needs to be.

"Finally I don’t know. Was not a decision not only from me, [it was] from all the team.

"I think now it’s really important to focus on the job. Still there are many races to go and we need to be there in the championship. We need to keep pushing, focus, I’m really excited for this weekend.

Vinales also denied a change in working method with Forcada is required, highlighting his back-to-back third place finishes at Assen and the Sachsenring prior to the summer break.

"The way we worked in Assen and the Sachsenring was the perfect one," he said. "We prepared the bike to be on the podium, that’s the first objective, then let’s see if we have the chance to win.

"I can’t wait to be on the bike and take the crash [at Brno] out of my mind, continue pushing like always."

Vinales didn't take part in Monday's post-Brno test after injuring his shoulder in a first-lap crash, but says this decision has allowed him to return to peak physical shape for this weekend's Red Bull Ring round.

"I wanted to do [the test] so bad, because after a crash you want to go on the bike, push, even more because I was feeling very good in warm-up," he said.

"For sure it’s a shame but I needed to skip the test, I went back to Barcelona, try to make the shoulder better and luckily here I will be at the maximum."