MotoGP world champion Fabio Quartararo says his seventh in Algarve Grand Prix qualifying was a result of a “weird feeling” he got from a set-up change that didn’t work.

The Yamaha rider has been in strong form all throughout the Portugal weekend, topping Friday’s running and missing out on first in FP3 to Ducati’s Francesco Bagnaia by just 0.001 seconds.

Both riders were expected to battle hard for pole on Saturday afternoon, but while Bagnaia did take top spot in Q2, Quartararo struggled to seventh on his Yamaha.

Explaining what went wrong, Quartararo says a set-up change that normally works didn’t, and meant he was “struggling a lot” in Q2 to hook a lap together.

“We made a set-up [change] that actually sometimes is working and was actually not working,” he explained.

“I was struggling a lot in our strong point, the last sector, I couldn't turn, and the grip was not as I expected.

“So, I couldn't make also… not a clear lap, but like I was struggling a lot.

“One sector was good, another was bad, so I was not consistent, and also in FP4 I was feeling not so great.

“It looks like the medium is much better and we are going to give it a try tomorrow morning, because it was a really strange feeling on the one I had in qualifying and FP4, so we need to modify something.” 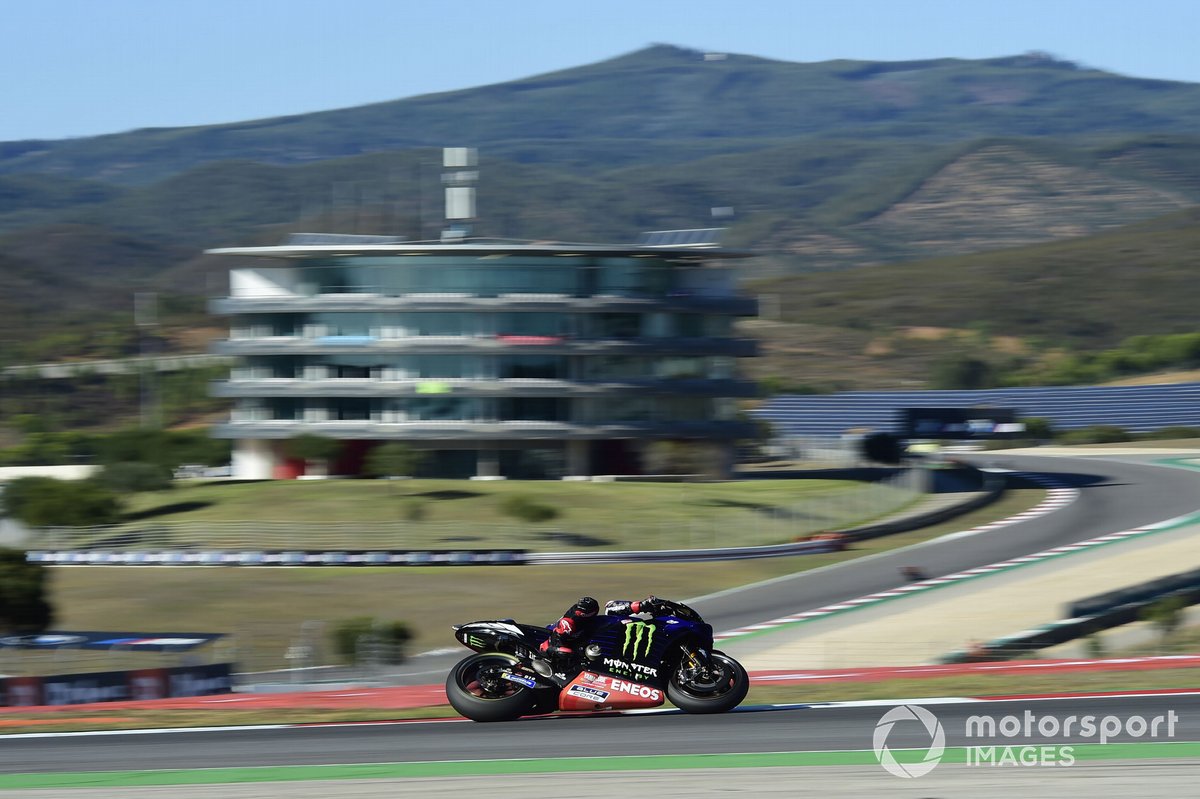 A number of riders have complained this weekend about the Algarve track lacking grip for a surface that isn’t very old, while also noting the circuit had gotten bumpier.

When asked if his bad feeling on the bike was down to the track conditions, Quartararo added: “I had a great feeling all the weekend and then qualifying the bike was bumping a lot, shaking a lot.

“And it's something that was strange from the start because I had been strong all the weekend and FP4 we had some difficulty with the hard tyre, and tomorrow morning, like I said before, we're going to try the medium.

“But it's quite a weird feeling in qualifying, so let's see what we can improve for tomorrow. For me it is not about the bumps."