Despite clear skies bathed in bright sunshine, conditions were cold for the third 45-minute session of the Algarve weekend.

This meant lap time improvements on the combined order were few and far between for most of FP3.

Suzuki’s Joan Mir was the first major improver on the combined order, the 2020 world champion moving up to third with a 1m39.586s – which also put him top of the individual FP3 timesheet.

But this would be the most significant lap for some time, with LCR’s Takaaki Nakagami the only other rider able to improve into the top 10 with 25 minutes of the session gone.

Despite the lack of combined order improvements, the field still went for fresh slicks in the closing stages for a final time attack to try and secure a direct place in Q2 for this afternoon’s qualifying.

With seven minutes to go Quartararo finally bettered his Friday time with a 1m39.206s to slightly extend his advantage at the top of the combined timesheets.

But it wouldn’t keep him top for long, as Ducati’s Francesco Bagnaia found 0.004s to edge ahead with a 1m39.202s moments later.

A flurry of late lap times would shake up the top 10 order as the session wound down, but Bagnaia would remain fastest of all. 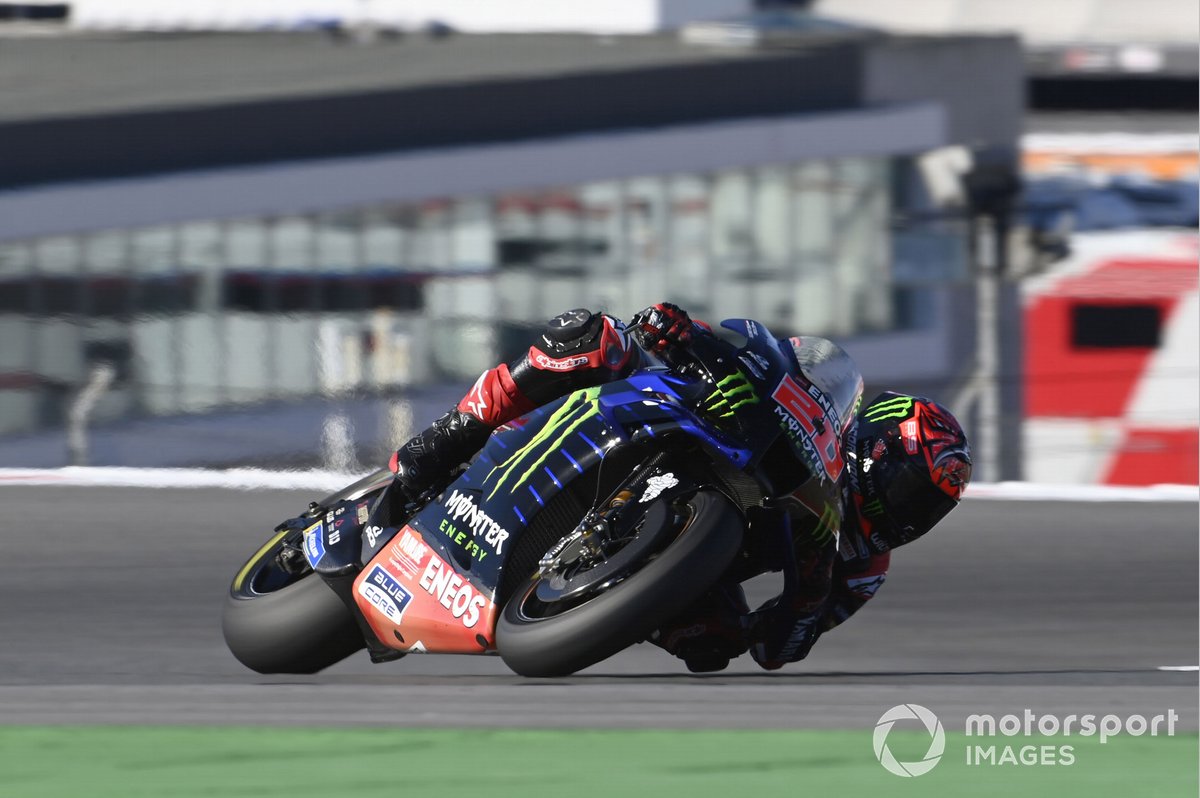 However, Yamaha’s Quartararo found a 1m39.203s on his final lap to shadow Bagnaia by 0.001s – setting up a titanic battle for pole position later today.

Mir completed the top three, missing top spot by just 0.025s on his Suzuki, with Ducati’s Jack Miller jumping up to fourth late on ahead of top Honda runner Alex Marquez on the LCR-run RC213V.

Franco Morbidelli had a wild ride to sixth on the second of the factory Yamahas ahead of Suzuki’s Alex Rins, while Pol Espargaro bagged a place in Q2 on the factory Honda ahead of Avintia rookie Luca Marini and Pramac’s Jorge Martin.

Just 0.461s covered the top 10, with Nakagami denied a place in Q2 by 0.005s from Tech3’s Iker Lecuona, who was comfortably top KTM on a continuing difficult weekend for the Austrian brand.

Home hero Miguel Oliveira – who said on Friday he’s “hit a wall” in terms of going faster – did manage to find nine tenths compared to his Friday best, but that was still only good enough for 15th and was still 0.859s off the pace.

He’ll face Q1 later along with the likes of Petronas SRT duo Valentino Rossi and Andrea Dovizioso, and both Aprilias of Maverick Vinales and Aleix Espargaro.