Francesco Bagnaia claimed his fifth-straight MotoGP pole after topping qualifying for the Algarve Grand Prix with a lap record, as world champion Fabio Quartararo was only seventh.

The pace at the start of Q2 was immediately hot, with Pramac’s Jorge Martin using Bagnaia as a reference to go provisional pole with a 1m39.264s just under five minutes into the session.

This was quickly beaten by Joan Mir on the Suzuki with a 1m38.893s, before Ducati’s Jack Miller took over top spot with a new lap record of 1m38.836s.

After the first runs, Quartararo was left down in ninth after his best lap to that point was cancelled for being set under yellow flags for Luca Marini’s crash at Turn 14.

Bagnaia came out swinging on his second run, producing a 1m38.775s to snatch provisional pole away from Ducati team-mate Miller.

The Italian then went on to improve to a 1m38.725s on his final lap to cement his fifth-successive pole and lead a Ducati 1-2 ahead of Miller for the fourth time in five races.

Mir was incensed with LCR’s Alex Marquez for an aggressive move on the Suzuki rider into Turn 1 late on which messed up his following lap.

But the Suzuki rider’s 1m38.893s proved just enough to secure him his first front row start in his MotoGP qualifying career (though he did start third in last year’s Styrian GP, after being promoted to fourth following a penalty for Johann Zarco).

Missing out on the front row by just 0.023s, Martin heads Pramac team-mate Johann Zarco in fourth, with Pol Espargaro making a late charge to sixth on his factory Honda. 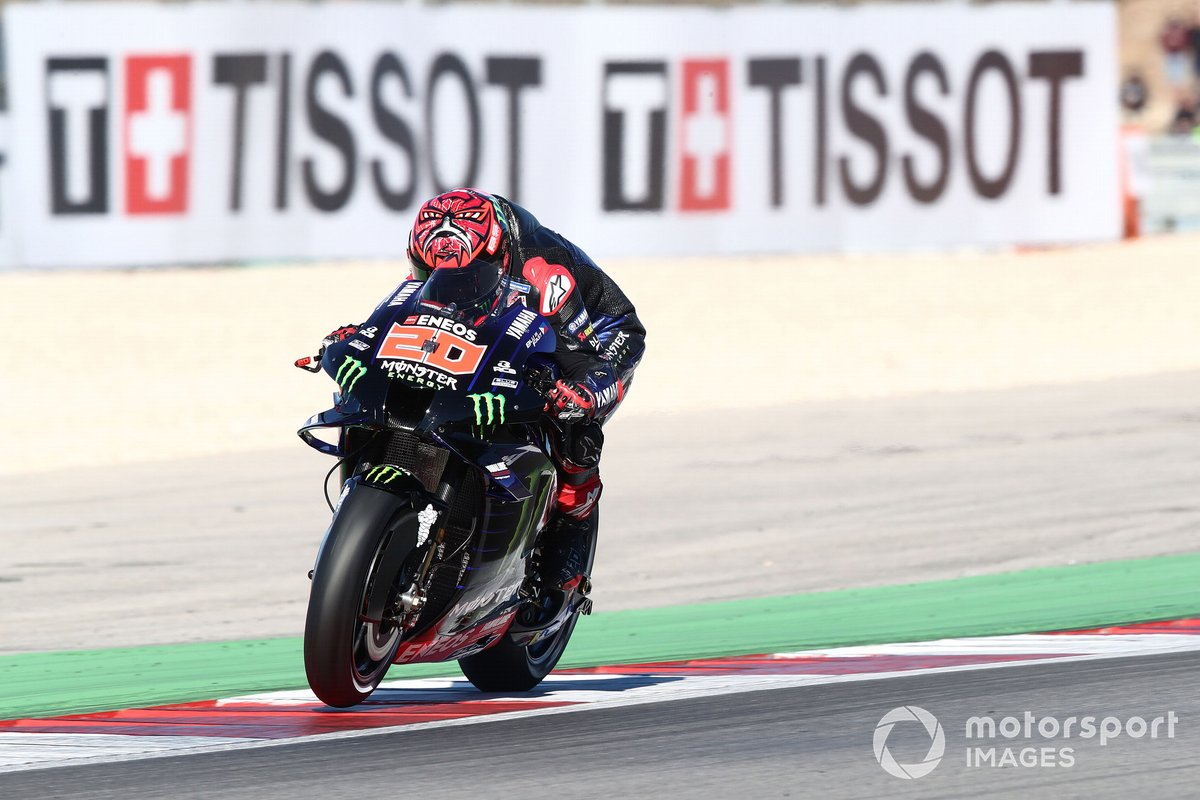 Quartararo’s final flying lap failed to set the world alight, with the new world champion only able to muster a 1m39.131s to qualify at the head of row three in seventh.

Tech3’s Iker Lecuona was effortlessly the top KTM runner in qualifying in 10th having come through Q1 with Zarco, while Suzuki’s Alex Rins and Marini after his early crash completed the top 12.

Avintia rookie Enea Bastianini briefly held a Q2 place in the dying stages of Q1, but wasn’t able to get in a final flying lap and was shuffled down to third courtesy of a late improvement from Zarco.

The Italian will start 13th as a result ahead of the leading Aprilia of Aleix Espargaro and Danilo Petrucci on the Tech3 KTM.

Valentino Rossi’s penultimate MotoGP race will start with the Petronas SRT rider launching from 16th ahead of home hero Miguel Oliveira, whose struggles on the factory KTM this weekend continue.