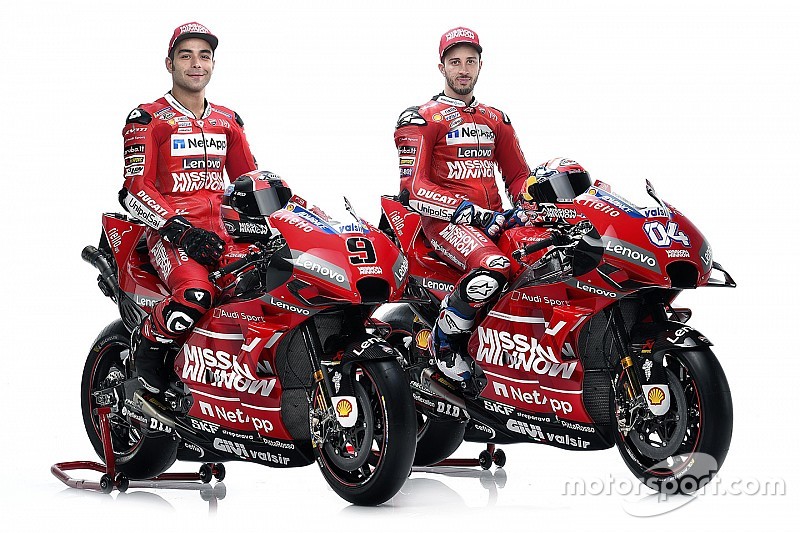 New factory Ducati MotoGP signing Danilo Petrucci has revealed he has been granted access to teammate Andrea Dovizioso's support staff ahead of the 2019 season.

Petrucci, who replaces Jorge Lorenzo alongside Dovizioso this year, will work with the 2017 and 2018 runner-up's doctor and psychologist, as well as moving close to Dovizioso's hometown Forli to train with his new partner.

Speaking last Friday at the official Ducati team launch, Petrucci said that the arrangement is rooted in Dovizioso's desire to have a strong teammate that can help him to challenge for the title he has missed the last two years.

"The reason [for moving] was to create a feeling with Andrea, with this group," said Petrucci. "We have the same doctor, the same psychologist. He gave me [access].

"He said, ‘In the last few years I have improved because I stay with these people. Now these people are available for you, because if you are very fast this year, this year can change your life. You have nothing to lose.’

"I said, ‘Ok, but why are you doing this, why are you telling me your secrets?’ He said, ‘I need your help. Since the first test I will need you for comparison, because I know you are fast in certain situations, and you can beat me as well. We can help each other, riding together, from motocross to MotoGP.’

"Working together with Andrea, especially, I know it’s a change in his way of life. It’s quite different, he’s more conscious of his potential. This makes me very calm and positive for the future."

For his part, Dovizioso said he thinks Petrucci's ability tends to be underestimated - but also that he feels he can help the factory team newcomer realise his potential.

"He is so fast, already in the last two years he show a lot of speed, but he has to learn some other parts and I think we can make a really good work together," said Dovizioso.

"I think Danilo has more potential than everybody thinks, but to show the real potential is difficult. You have to work in a lot of details and learn how to improve."

Signed by Ducati for only one season, Petrucci faces competition from former Pramac teammate Jack Miller and Moto2 champion Francesco Bagnaia to keep the seat in 2020.

But Petrucci believes having a teammate stronger than him for the first time in his MotoGP career will help him to boost his own level.

"I never had this, a teammate who on paper is for sure better than me," the Italian rider added. "I have to look to another rider who I can only learn from.

"To stay close to him is a big help, we need each other. Andrea wants to win the championship, and I want to be useful for him and for Ducati, to make a great season and fight for the top five all the races." 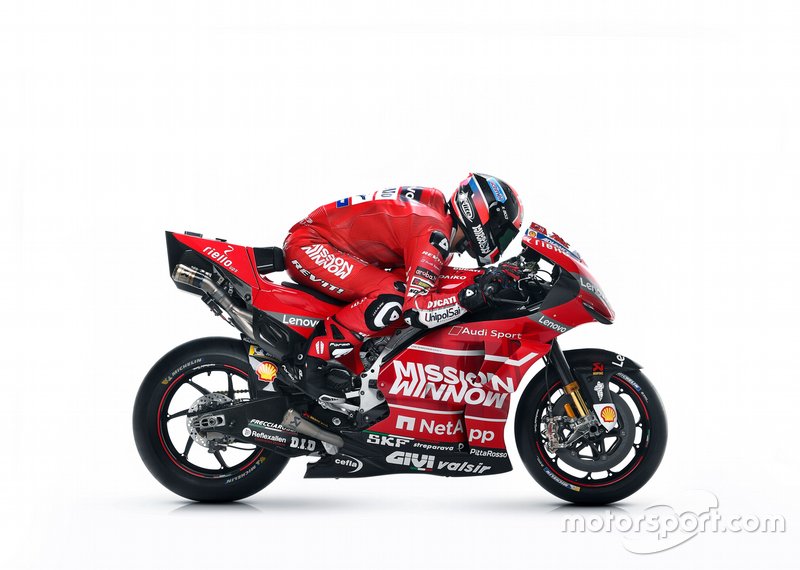