Ducati has unveiled the livery it will use for the 2019 MotoGP season, featuring prominent 'Mission Winnow' branding.

The Italian manufacturer took the wraps off its new colours, adorned on last year's Desmosedici bike, at its launch event at the Philip Morris R&D Cube in Neuchatel, Switzerland on Friday evening.

Andrea Dovizioso and his new 2019 teammate Danilo Petrucci were both present for the launch, along with Ducati CEO Claudio Domenicali, team general manager Gigi Dall'Igna and test rider Michele Pirro.

The addition of 'Mission Winnow' branding means Ducati follows in the footsteps of the Ferrari Formula 1 team, with which it shares a common primary sponsor in the form of tobacco firm Philip Morris. Ferrari added the logos to its cars ahead of last year's Japanese Grand Prix.

Ducati has not run explicit tobacco branding since the 2009 Qatar Grand Prix, but has maintained the Marlboro cigarette brand's traditional red-and-white colour scheme ever since.

The official team name has also changed to 'Mission Winnow Ducati Team' for the new campaign, while the Bologna brand's parent company Audi now also has its branding on the Desmosedici bikes for the first time. 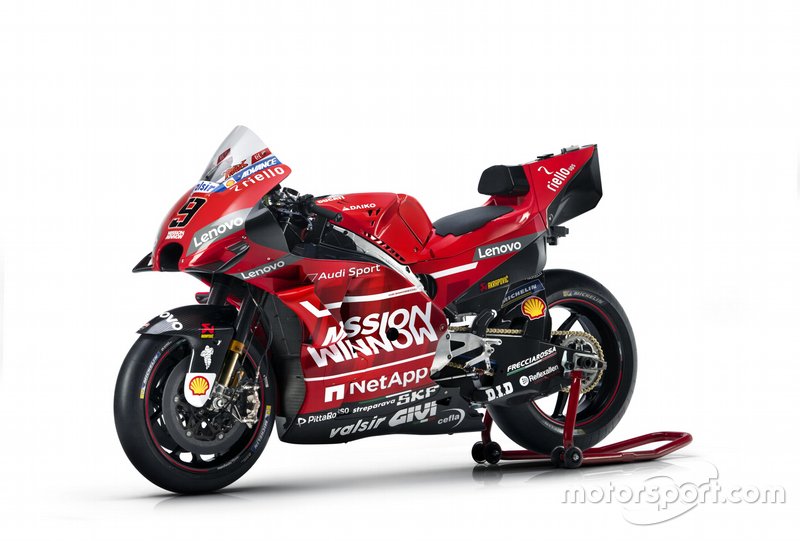 It has finished second in the riders' standings with Dovizioso for the last two years in a row, and improved on its 2017 win tally of six by scoring seven victories in 2018.

Three of those were scored by Jorge Lorenzo, who has made way for Petrucci in the 2019 line-up and will instead join Marc Marquez at the factory Honda squad this year.

"We must do better and improve more than we have done in recent years, trying to bring ideas that can increase the competitiveness of our project," commented Dall'Igna.

"The evolution covers all areas, aerodynamic, chassis, electronics, and for sure also the engine is updated with more horsepower.

"The goal we have is the same for some years now, it’s to fight for the world championship. For sure we are not favourites, but we will try harder to make 2019 a wonderful year for the Ducatisti."

While Dovizioso will be focussed on challenging for the championship, Petrucci's immediate goal will be to secure his ride in 2020 having only been handed a one-year deal for now.

Dovizioso will once again be engineered by Alberto Giribuola in 2019, while Petrucci has brought along Daniele Romagnoli to the factory team from the satellite Pramac squad.

Lorenzo's former crew chief Cristian Gabarrini has moved across to Pramac to work with newcomer Bagnaia. 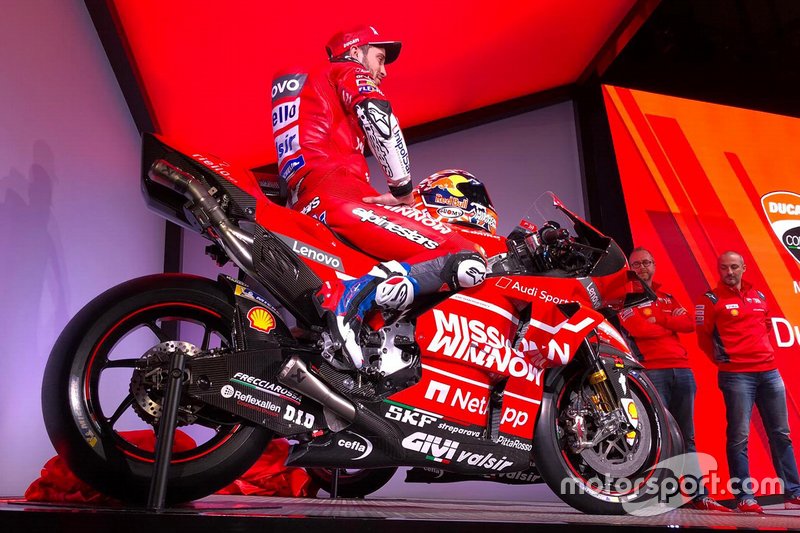