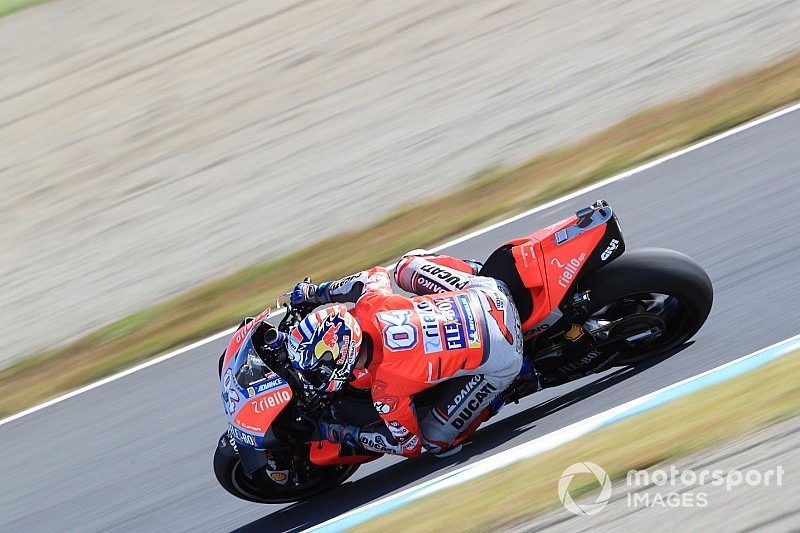 Ducati rider Dovizioso posted a 1m45.724s lap to oust former teammate Andrea Iannone from the top of the timesheets, and extended his advantage with a 1m45.409s shortly before the end of the 20-minute session.

Marquez's best lap came after the chequered flag had fallen, but the champion-elect - who can wrap up the title if he outscores Dovizioso in the race - fell 0.271s short of his chief adversary.

Cal Crutchlow was third fastest for LCR Honda, a further tenth behind, followed by Suzuki pair Andrea Iannone and Alex Rins, who were split by only 0.019s in fourth and fifth places.

There was likewise almost nothing to choose between the factory Yamaha riders Valentino Rossi edging out Maverick Vinales for sixth place by a mere 0.005s.

Johann Zarco, who will start second on the grid, was only 10th-fastest, just over a second off the pace on his two-year-old Tech 3 Yamaha.

The other front row starter, Jack Miller, ended up down in 19th on the Pramac Ducati GP16.

Karel Abraham (Nieto Ducati) was the only rider to crash in a fairly incident-free session.