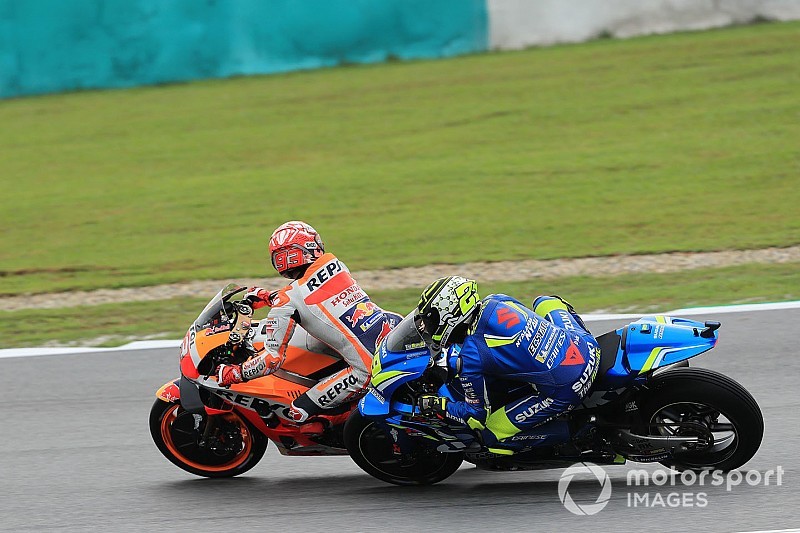 Tech 3 Yamaha's Johann Zarco will line up first on the grid for the Sepang MotoGP race after poleman Marc Marquez was penalised for impeding Andrea Iannone.

The Honda rider, who sealed the 2018 MotoGP title back in Motegi, outpaced the rest of the field by more than half a second in the rain-delayed wet-weather qualifying session.

However, after crashing his first Honda and exiting the pits on his second bike in the closing minutes of qualifying, Marquez had impeded Iannone at the hairpin-like Turn 9, compromising the Italian on corner entry.

Iannone was clearly unsighted by Marquez, who was looking the other way as the Italian passed and raised his hand to apologise to the incensed Suzuki rider once he noticed him.

“I was going out from the box and just I let overtake [Andrea] Dovizioso and then I was in the hairpin and I looked behind, and I see only one Suzuki, that was [Alex] Rins, but because Iannone maybe was on the other side I didn't see him,” Marquez said afterwards.

“So on the hairpin I was very tight inside but he overtook me from the inside [line].

“Of course maybe I disturbed him, if get penalised or not I don't know, race direction will decide, but you know I tried to avoid [impeding anyone], this is only what I can say, I didn't see.

“Doesn't matter, I did the fastest lap, this is the most important for me.”

Marquez had already been penalised for blocking a rival earlier this season, when he had impeded Maverick Vinales in COTA qualifying and was demoted from first on the grid to fourth – before going on to win the race anyway.

As a repeat offender, he has this time picked up a six-place grid penalty – but while he will start seventh on Sunday, he should remain as the pole-sitter in MotoGP's record books.

Zarco, Valentino Rossi and Andrea Iannone will line up on the first row of the grid, with Andrea Dovizioso, Jack Miller and Danilo Petrucci making up an all-Ducati row two. 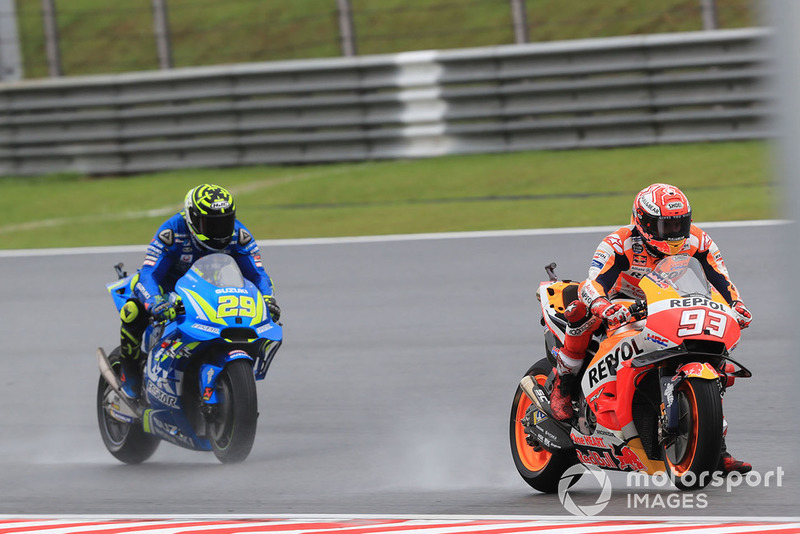 Sepang MotoGP: How the revised starting grid lines up