LCR Honda rider Cal Crutchlow claims the 2019 MotoGP title fight has been "finished four races ago" in favour of Marc Marquez, who he says is riding "better than ever" this year.

Marquez was near-untouchable in the first half of the season as, apart from crashing out from a dominant lead at Austin, he finished every other race in the top two, beaten to victories once apiece by Andrea Dovizioso, Danilo Petrucci and Maverick Vinales.

He now has a 58-point lead in the championship, giving him his largest advantage heading into the summer break since 2014, when he won every race in the first half of the season.

Crutchlow says that the championship has been over since Mugello, traditionally one of the toughest venues for Honda and Marquez, but where this time around he was only narrowly beaten to the win by Ducati rider Petrucci.

"It is finished, it was finished four races ago," said Crutchlow of the title fight after finishing third in the German Grand Prix behind Marquez and Vinales.

"Mugello, a place where he really struggled last year, he finished second and battled with them [the Ducati riders] hard.

"He is such a class act, he is riding very well and he is riding better this year than he has ever been because I don't think the bike in some areas is as good and he is making it work.

"Today [Sunday] was a race of survival, making sure we stayed on and got some points.

"He got the gap at the start, he pushed really hard for 10 laps and then he managed the situation in the last 10 laps."

Asked if he thinks Marquez will win in Austria, where Ducati is unbeaten in the MotoGP era, Crutchlow said: "I don't know, but you can see he can manage it now. He managed it in the last race and he took points out of them."

Crutchlow scored his second podium of the season at the Sachsenring, but the Briton insisted that he still doesn't have the right feeling with the 2019 Honda.

"We have to be really careful with what to say," he said. "I am not saying this podium was because of the circuit, we worked hard to make the bike feel better and turn better for me.

"I still don't feel what I want to feel, but it helps to slide the bike a lot to turn here.

"Hopefully that will improve my feeling with the bike towards the second half of the year which is genuinely where I go strong." 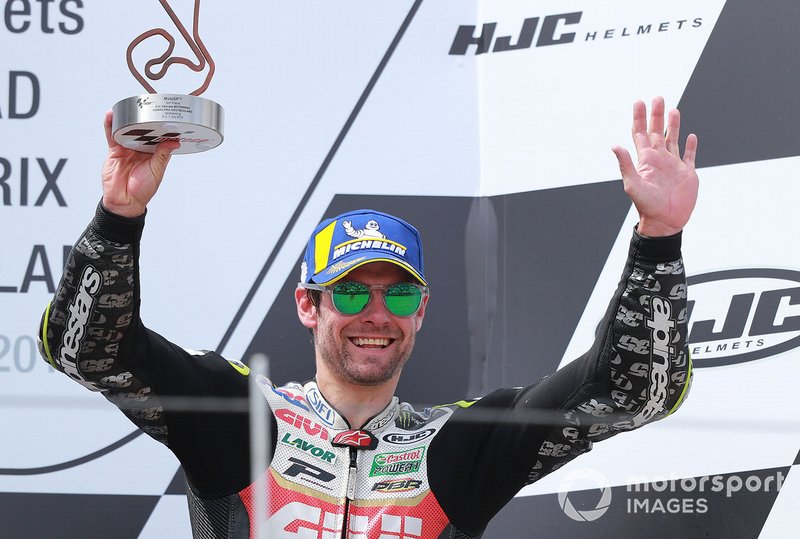 Espargaro: Sachsenring the first race of 2019 I enjoyed

Melandri to retire from racing at the end of 2019