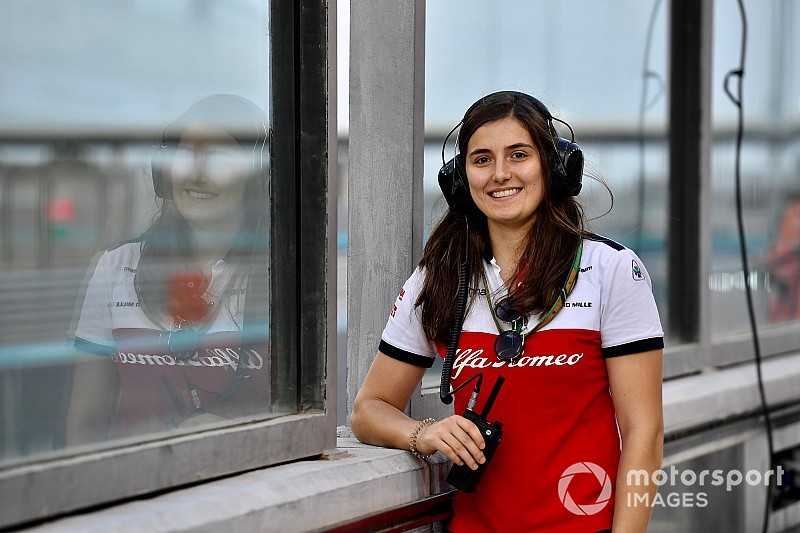 Tatiana Calderon will continue her collaboration with the Alfa Romeo Formula 1 team after the extension of her test driver deal.

She had a second outing with the team later in year, taking to the Fiorano circuit in a Sauber C32 from 2013.

On Friday, Alfa Romeo announced Calderon will stay with the team as a test driver in 2019, and said she will get "some more mileage in the cockpit" of an F1 car.

"We are pleased to announce that we will continue our collaboration with Tatiana as test driver," said team boss Fred Vasseur.

"The team is impressed by Tatiana's commitment, persistence and skill. She delivered a good performance when she was given the opportunity to drive a Formula 1 car for the first time last season and has proven to be a valuable member of our team.

"Together, we will work on further developing Tatiana's skills as a driver and the Alfa Romeo Racing project."

Calderon added: "I'm extremely happy to continue as test driver for Alfa Romeo Racing this year, they've done a fantastic job from one year to the other and it's always a privilege to work alongside such experienced people.

"They gave me my first opportunity to drive a Formula One car and I love being part of the team. Hopefully we can achieve great things together in the near future."

Calderon will step up to Formula 2 with Arden this year after three seasons in GP3. She drove for the team in this week's test at Jerez.

Hamilton: Ferrari may be 0.5s clear of Mercedes