Norris: Safety in racing "taken for granted" by drivers also 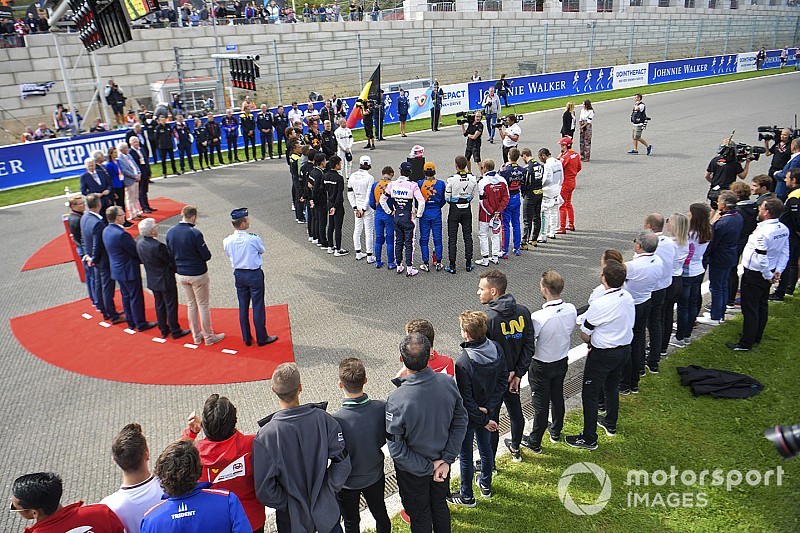 McLaren rookie Lando Norris believes even Formula 1 drivers take the level of safety in motorsport “for granted” and said Anthoine Hubert’s death shook him in “quite a big way”.

Hubert lost his life in a Formula 2 crash at Spa last Saturday that also left another driver, Juan Manuel Correa, with severe injuries.

Norris said: “It shook me in quite a big way because I think even us as drivers, we take it for granted sometimes - what we do, how safe things are, how we can have such big crashes and get away with it and be fine. But so quickly it can go the opposite way.

“I guess in the past, that was a lot more of an expected and regular occurrence. This was more of something that can just happen to any of us.

“My condolences go out to all the family and friends of Anthoine. I feel bad, knowing I was in it racing every day, it could have been anyone.

"It wasn’t, but it could have been me last year. And it’s when you start thinking of things like that it starts shaking you.”

Norris said that some drivers would “take it better than others, but I didn’t take it too well”.

Renault’s Daniel Ricciardo even admitted he considered not taking part in the race, but Norris said he had not had that thought.

Toro Rosso driver Gasly, who grew up with Hubert, said the tragedy was a reminder of the realities of top-level motor racing.

“During the summer break, I was talking about safety with people who are not drivers,” said Gasly.

“They were like 'F1's so safe now, it's completely different than it used to be before' and I must say I agreed with them, because it's not something you think about.

“When I am in the car, I feel so safe, I feel like almost nothing can happen to us.

“It just brings you back to reality. You can do whatever you want [in terms of safety], I think there will be always this high chance of death.

“That’s also something we accept as drivers, but unfortunately there was this thing that happened to remind everybody it's a really dangerous sport.

“I’m just really sad it was one of my closest friends in racing.”

Mercedes F1 team boss Toto Wolff said it is difficult for those outside of racing to “relate to” or “realise” what’s happening inside the car.

He added: “We were fortunate enough for many years to not have had these kind of accidents, and maybe forgotten about how dangerous this sport is.

“If you drive towards Eau Rouge at 260/270km/h, which looks like a 90-degree corner, and you take it flat, it's beyond understanding that these guys do what they do.

“And it can end fatally, like it did [on Saturday].”

Gary Anderson: Ferrari and Mercedes both made strategy errors