Robert Kubica has agreed a deal to race for Williams in the 2019 Formula 1 season, Motorsport.com understands.

By:
Roberto Chinchero
Listen to this article

An announcement is expected early in the Abu Dhabi Grand Prix weekend.

Williams's decision to bring Robert Kubica into its race team means he will make an incredible return to the F1 grid eight years after the rallying accident in Italy that left him with severe arm injuries and interrupted his racing career.

Motorsport.com learned earlier this month that Kubica had moved to the top of Williams's list for its remaining 2019 vacancy and was considering a firm offer from it to race again.

Kubica had originally appeared to be set for a 2018 Williams race seat.

He had first been in contention for a Renault drive after a series of summer tests, having begun to push harder for a shock F1 return following a previous motorsport comeback in rallying.

Kubica then moved into the frame at Williams when Renault elected not to proceed with him.

A 2018 Williams race deal appeared to be done, before a late change of plan meant Sergey Sirotkin was brought in alongside Lance Stroll instead and Kubica ended up in a test and reserve role.

That position has allowed Williams to get to know Kubica more and assess his contribution behind the scenes, across five days of testing and two GP Friday practice sessions.

Kubica has also attracted further sponsorship from his native Poland that he can bring to Williams.

Williams is expected to announce Kubica as George Russell's 2019 teammate in a press conference in the Abu Dhabi paddock on Thursday, at the track where he made his last F1 race start in November 2010.

Kubica was at the Williams factory this week conducting his regular simulator work.

He had also received an approach from Ferrari to become its simulator driver.

Though that would have enabled Kubica to join the team with which he had a future F1 contract prior to his devastating rally crash, he had hinted in Brazil earlier this month that the prospect of racing again was potentially more tempting.

"Maybe the wish of driving and coming back to F1 is bigger than the wish of a long project. I leave a lot to personal conclusions," he told Motorsport.com.

"When I'm saying I want to make my mind up, it's also about what I want to do with my future.

"I'm not looking only for the next three months, or one year, but what is my feeling." 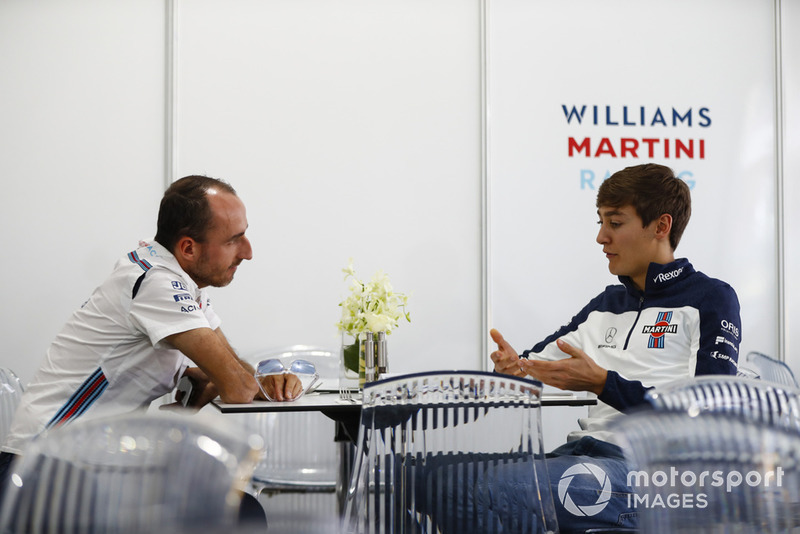 De Vries to run in FP1 for Williams in Spanish GP