Kubica to have three FP1 outings in 2018 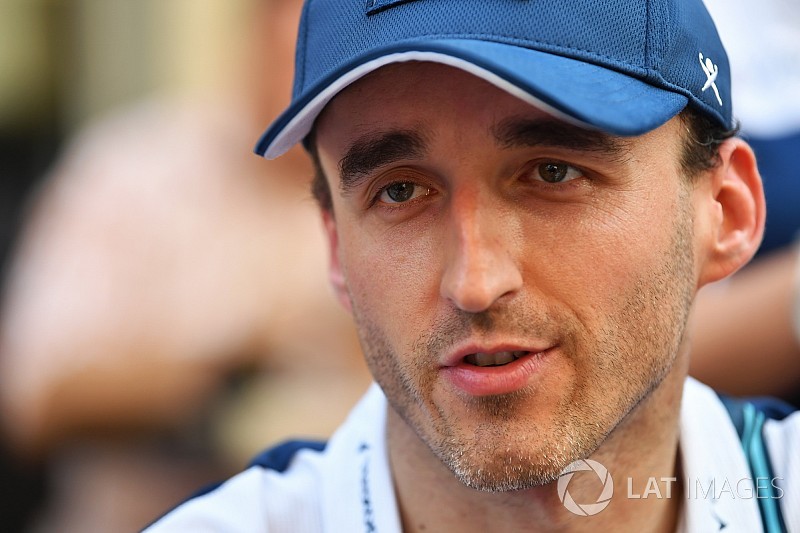 Robert Kubica will drive in three Formula 1 first practice sessions this year, including Spain and Austria, as part of his reserve and development role.

The Pole had pushed for a race seat alongside Lance Stroll but lost out to 22-year-old Sergey Sirotkin and ultimately decided to take a supporting role.

As part of the arrangement, Kubica will drive in Barcelona pre-season testing, in-season testing and three first practice sessions n 2018.

"I will do three FP1s," said Kubica, when speaking at the launch of Williams' 2018 campaign. "I will start in Barcelona, then I think Austria and then another one.

"I will do some pre-season testing and in-season testing. It was important to have the chance to drive. Currently the regulations are such that driving is limited.

"The simulator plays an important role, as I am part of this project it is important to build up a link between this tool and the real world."

Kubica said his primary focus will be to supporting the team but there will be a limit to what he can do in terms of mentoring the drivers.

"Of course they make their job and I will for sure try to support, but I will never be in the position to teach them unless they think I can help them," he said.

"The most important thing is to help the team and support the team – otherwise I wouldn't be here.

"In the end once you are in the same boat you work in same direction. Once I knew I would make this job I agree myself it is my job to help them and support."

Kubica admitted last year that 90 percent of his F1 driving ability is the same as before he suffered life-threatening injuries in a rally crash in 2011.

When asked by Motorsport.com what he needs to do to prove he has what it takes to secure a race drive, he said: "The clock is running I am 33.

"Last winter there was a lot of talk around and a lot of people put own ideas and evaluation of myself but the only one who understands my limitations and what I need is myself.

"First of all, there is a role that I am covering this year and I have to make sure I am able to deliver and able to help the team to achieve the targets or the results we want and then we will see what the future will bring.

"Twelve months ago nobody would say I would have different tests in 2017. So who knows what the future will bring."

He added: "I would prefer to be here as a race driver but if you look at it from a different perspective and where I was 12 months ago with nobody thought I would be in a position to drive an F1 car.

"I was more convinced now than ever that I am able to drive an F1 car even though the limitations are quite big."