Gasly admits Leclerc lap was out of reach

Red Bull Formula 1 driver Pierre Gasly admits the laptime set by the Ferrari of Charles Leclerc was out of reach for him on the penultimate day of pre-season testing in Barcelona.

Leclerc clocked a 1m16.231s on the softest C5 compound on Thursday, and his effort stands six tenths clear of what anyone else has managed in testing in 2019 so far.

Gasly recorded a 1m17.091s on C4s for fourth-quickest on the day before his programme was ended early by a big crash at Turn 9.

Asked after the session whether he could've matched Leclerc's lap, which is only a half a tenth down on Lewis Hamilton's pole time from the 2018 Spanish Grand Prix, Gasly responded candidly: “Honestly, no.

“[Ferrari is] really fast, some good pace. We tried to focus on ourselves and not focus too much on the others.

“We have some potential, we tested a lot of things, we know we have good performance, but I think we've got to work hard because they seem really fast.”

Mercedes driver Valtteri Bottas likewise suggested on Thursday that Ferrari is currently in a league of its own, and reckoned his team and Red Bull are closely matched.

Asked whether he thought Red Bull was second in the pecking order behind Ferrari, Gasly said: “I'd rather not get ahead of myself, as we haven't seen what Mercedes can do yet.

“We've got a bit of work. We've got a good car, but we'll need to work hard to catch the leaders.”

Despite this assessment, the Frenchman stressed he was happy with the pre-season performance of both Red Bull and its new engine partner Honda.

“We will work on the areas we need to improve because we saw all the teams have good performance but I think the package in general is pretty good.

“I think the car, the package we have at the moment - the chassis, the engine - made a good step, reliability was good overall, we have good performance.

“We just need to understand how to maximise the package we have so we might not be the favourite or the fastest at the moment, but we will work hard before Melbourne and come there with the best car we have.” 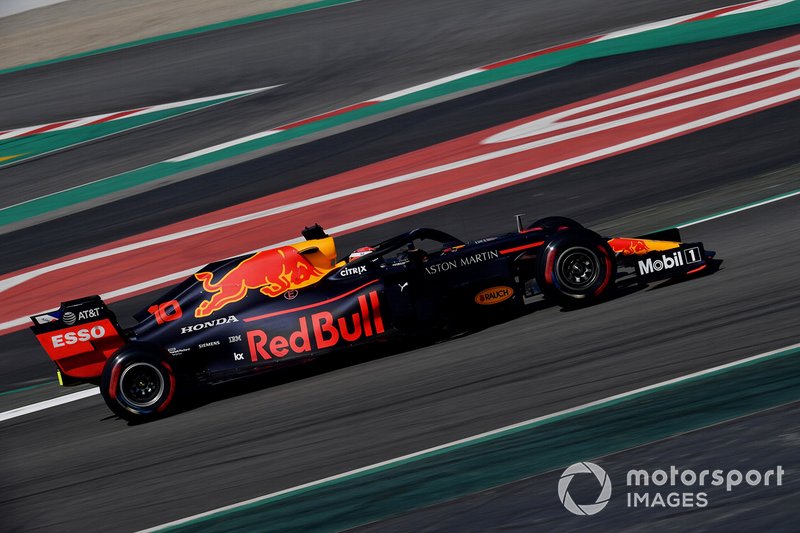 The real reason why Williams ended up so far behind