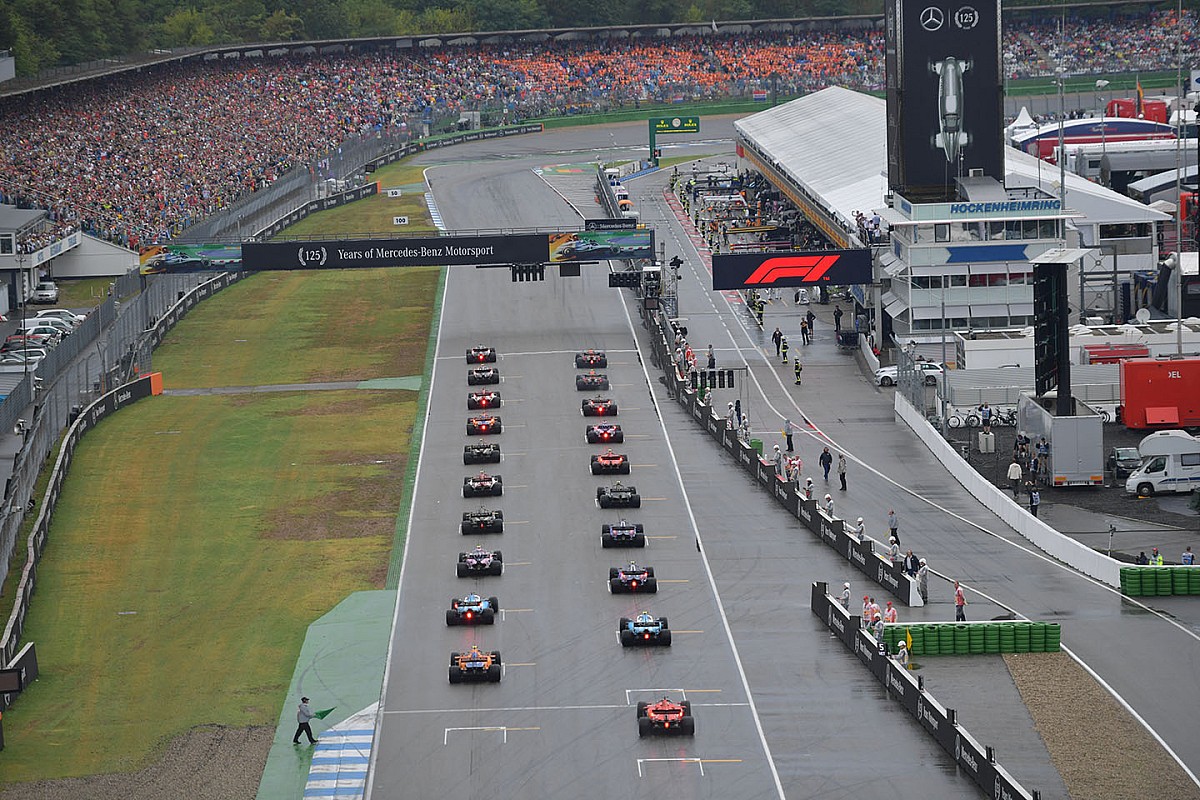 Formula 1's expansion to a record-breaking 22 races in 2020 could rest on whether or not manufacturers think they can complete the season without an extra power unit.

With the Spanish Grand Prix edging closer a deal to remain on the schedule next year, there is an increasing likelihood that the calendar will grow next season.

While Germany looks unlikely to return, the additions of Vietnam and the Netherlands, a renewal for Britain, and Italy and Mexico also set for fresh deals, has left F1 owners Liberty Media considering F1's biggest ever schedule.

Adding an extra race needs support from teams, though, and Haas team boss Gunther Steiner confirmed ahead of the Hungarian Grand Prix that he had been canvassed on whether or not he would approve of a 22-race schedule.

He said that his only concern was whether or not engine manufacturers would be happy completing the campaign without the need for a fourth power unit, which would be costly for his team if needed.

"We have been asked and I gave my opinion," said Steiner. "I am okay with it, logistically to find out.

"One of my things is we need to keep it to three engines because if we are to use a fourth engine it doesn't make sense financially to us. Actually it is negative for us so why would we do that?

"That is down to the engine manufacturers to say yes or no. If they are confident they can do it with three engines then I am fine with it."

F1's engine regulations used to allow the use of an extra power unit if the calendar expanded beyond a certain number of races, but the regulations currently strictly limit drivers to three power units for the entire season irrespective of the number of grands prix.

While Steiner was not against a move to 22 races, Williams deputy team principal Claire Williams is more sceptical about growing the calendar because of the risks of it driving up costs.

"Personally I would like to see fewer races," she said. "If you put too many races on the calendar it is too much for people to consume when there is so much competition in the market against other sporting events and other media.

"The other consideration is personnel. If you increase the number of races on the calendar, the pressure that puts on your team from a performance perspective and what they are capable of doing it with a work/life balance is difficult.

"For smaller teams it is very difficult to think about how we manage a calendar with north of 21 races on it because we have incremental costs of swapping personnel. For example, do we need rather than two race engineers, four race engineers? There are costs of transporting freight around the world too.

"You have to think about how much are those races being sold for? Do they put a huge amount in the pot? I would be opposed to having more races on the calendar."