Could GTE be the answer to the DTM's survival dilemma? 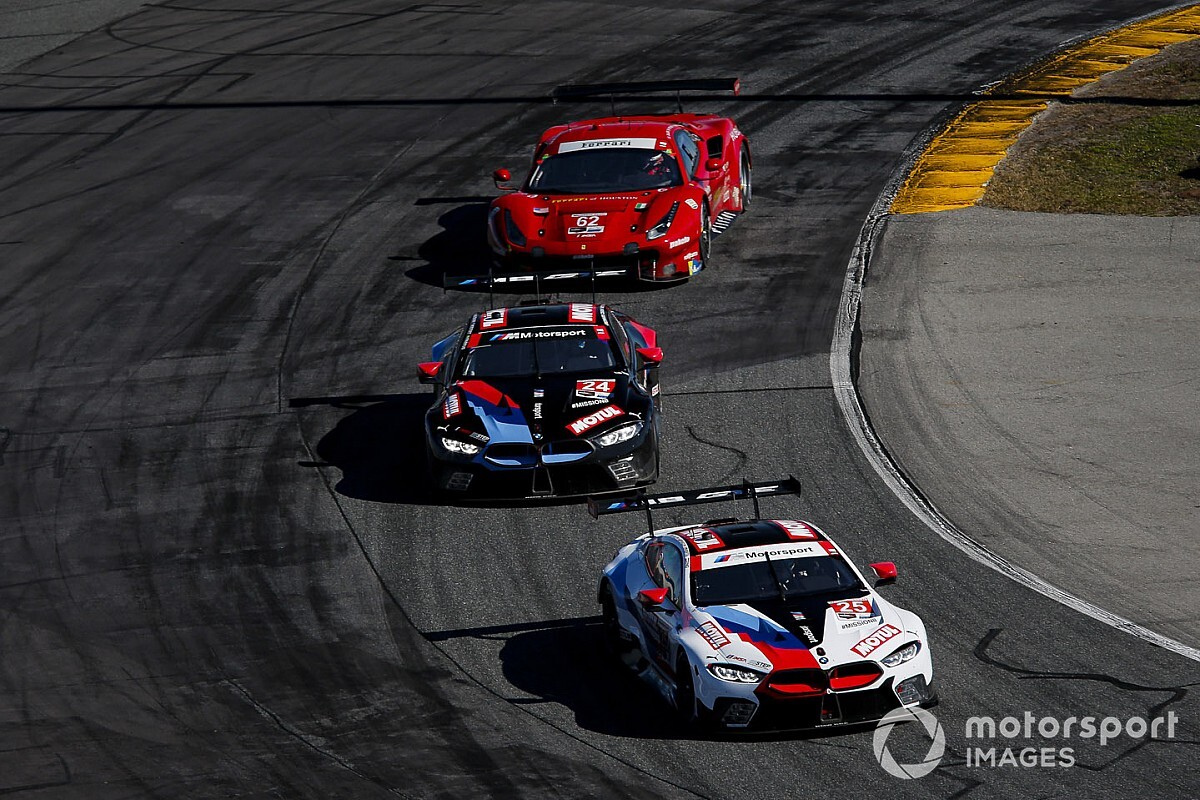 Audi announced its exit from the DTM at the end of 2020 this week, leaving BMW as the only remaining manufacturer and plunging the future of the category into doubt.

With few observers convinced that the category can survive in its present form with Class One cars, debate has centred around what regulations the German series could adopt from next year onwards to shore up its immediate future.

One option that has been mooted is to switch to GTE cars raced in the FIA World Endurance Championship and the IMSA WeatherTech SportsCar Championship, something the DTM had previously considered a ‘Plan B’ while negotiating a shared platform with SUPER GT.

Although no longer involved in the WEC, BMW still runs its M8 GTE in IMSA, while Porsche, Ferrari, Corvette and Aston Martin also have cars built to the rules.

Heger, who raced in the ‘old' DTM between 1988 and ‘92, believes the championship can ensure its short-term survival by allowing GTE cars to race alongside its existing Class One machines, but with separate classifications for both rulesets.

"Audi's withdrawal is not a knockout for the DTM,” Heger told Motorsport.com. “This is a chance for a promising new beginning. It is still possible to change the technical and sporting regulations in a forward-looking way.

"Cars like a Porsche [911] RSR, a Chevrolet Corvette, an Aston Martin or a Ferrari would certainly be the right transition for the DTM. These GT cars are currently the icing on the cake in the WEC. And they are within easy reach.

“That's why I would see these cars as customer cars in the DTM at the moment, perhaps in conjunction with the Class One cars. They might even run together for a year or two."

Germany's biggest national series adopting global sportscar regulations is in fact nothing new. The DTM’s spiritual predecessor, the Deutsche Rennsport Meisterschaft (DRM), which folded after 1985, ran with both Group 5 and Group C cars.

Heger, however, believes GTE cars should only serve as a temporary solution for DTM’s current quandary, and that the series must devise an all-new formula that is both old-school and not heavily dependent on manufacturers.

By the middle of the 2020s "a completely new concept for the DTM must be developed,” he said, adding that he didn't think an electric future is the correct solution.

"I don't think [electric cars] interest our motorsport fans, who have been attending the VLN, [ADAC] GT Masters and DTM races for years," he continued.

"In my opinion, the concept for the ITR must be roaring engines, interesting silhouettes, and also offers well-off private or professional teams the opportunity to participate."

"Our problem is that it will be difficult in the future to pursue motorsports with manufacturer dependence because of the political situation, but also from the manufacturer's side.

“And that's where the ADAC with the GT Masters has a big advantage over the DTM. Although it has cars that are built by manufacturers, the series is not manufacturer-dependent.”

Hans-Joachim Stuck had advocated the use of GT3 cars in the DTM even before the news of Audi’s withdrawal from the category, and even revealed that ITR chief Gerhard Berger had soften his previous opposition to the idea.

However, Heger believes the DTM must differentiate itself from the ADAC GT Masters series, which also features sprint races using GT3 cars.

"I don't think so,” he said when asked if DTM should adopt GT3 cars. "If the ADAC championship is held using GT3s, then the DTM would have to go a different way to really stand out."