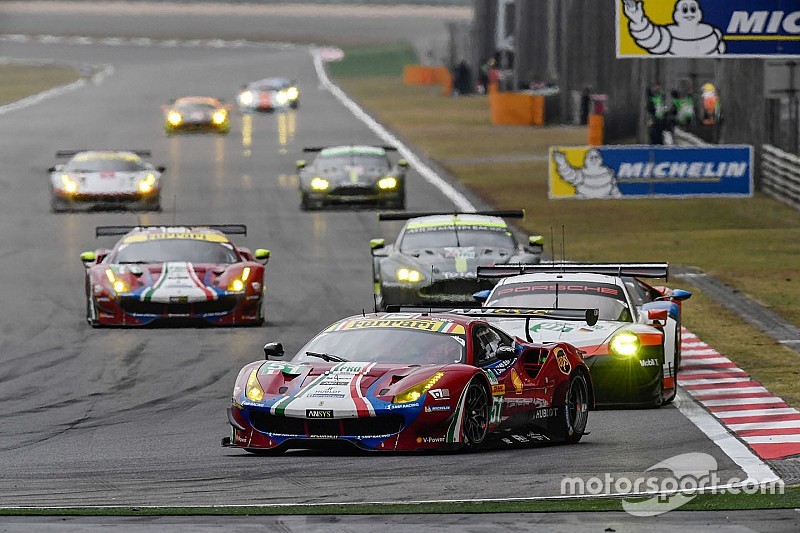 The DTM is considering adopting GTE regulations as a ‘Plan B’ in case its push towards a shared platform with Super GT fails, Motorsport.com understands.

Mercedes' surprise announcement last year that it is to exit the German tin-top series at the end of 2018 reignited previously stalled efforts to align the rules with Super GT for 2019 onwards.

Demo runs took place at both Hockenheim and Motegi late last year featuring cars from both series, with ITR chairman Gerhard Berger declaring his intention to work with Super GT organisers to create a common rulebook and host an 'inter-series' race.

However, Motorsport.com understands that interest among the three Japanese manufacturers that race in Super GT – Nissan, Honda and Toyota-owned Lexus – to join BMW and Audi in the DTM is small.

This means that the chances of the series finding a third manufacturer to replace Mercedes in time for the start of the 2019 season is now highly unlikely.

Against this backdrop, the ITR is believed to be considering an alternative route that could be adopted as soon as 2020: the GTE ruleset used in both the FIA World Endurance Championship and the IMSA WeatherTech SportsCar Championship.

"People are already talking about 'GTM' for fun," Porsche GT boss Frank-Steffen Walliser told Motorsport.com when asked about the prospect.

A move to GTE rules would allow existing DTM manufacturer BMW to continue with its new M8 GTE, while opening up the series to the likes of Porsche, Ferrari, Ford, Aston Martin and Corvette.

Audi, meanwhile, would be forced to produce a car to GTE rules or withdraw from the championship.

"The GTE is FIA standard," continued Walliser. "There are even customer cars, at least from three manufacturers [Corvette, Ferrari and Porsche].

"We have steel wishbones, so GTE cars can easily survive contact. And the aerodynamics are not so sensitive that if one piece of bodywork is missing, you can't get by."