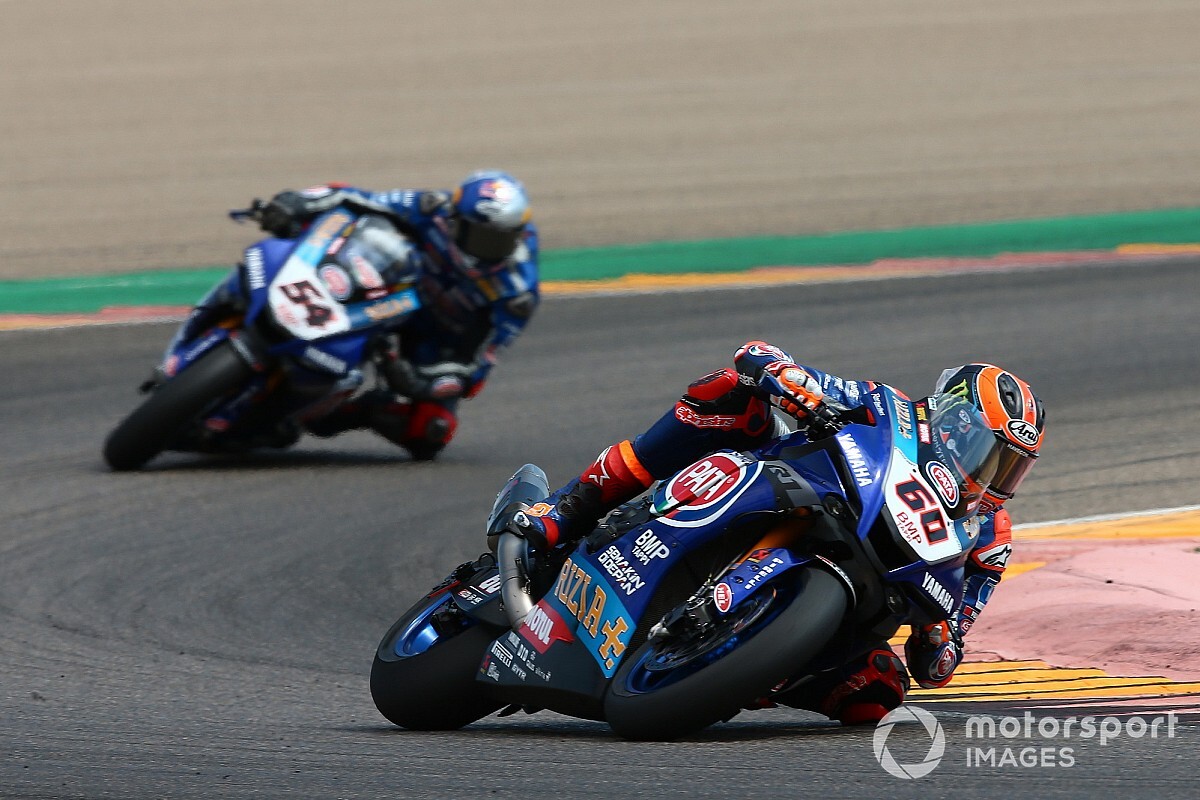 After Alex Lowes’ move to Kawasaki at the end of 2019, it was announced in July that another long-time Yamaha rider Michael van der Mark would depart the Japanese manufacturer to join BMW next season.

Yamaha has now revealed that the Dutchman’s seat seat will be filled by Locatelli, who wrapped up the 2020 WSS title in Barcelona last month after a run of nine victories at the start of the season.

Razgatlioglu has been retained by Yamaha after a successful maiden season with the outfit that has seen him score one victory at the Phillip Island opener and follow that up with five further podium finishes.

Yamaha has also announced that American rookie Garrett Gerloff will remain with the satellite GRT team and will be joined by one-time MotoGP wildcard Kohta Nozane.

Gerloff has been one of the top independent riders in the 2020 season alongside Michael Ruben Rinaldi (Go Eleven Ducati) and Loris Baz (Ten Kate Yamaha), and currently sits 11th overall in the championship following a maiden podium finish in Barcelona.

Nozane starred in the 2017 Motegi MotoGP round, where he deputised for an unwell Jonas Folger at Tech 3 Yamaha, prompting Valentino Rossi to say he could have a very successful career in grand prix racing.

Nozane has since been racing in the All-Japan Superbike Championship and currently sits at the top of the riders’ standings having won every race so far this year. The 25-year-old has also gathered further international experience in the FIM Endurance World Championship with one of Yamaha's teams.

“Obviously, this year we bid farewell to Michael van der Mark, who has made a significant contribution to Yamaha's WorldSBK program since joining us in 2017 and whom we wish all the best for the future.

“Replacing him we have a promising young talent in Andrea Locatelli, who was already a part of the Yamaha family. What he’s achieved in WorldSSP this year is incredible and we’re looking forward to seeing what he can achieve alongside Toprak Razgatlıoğlu in the Pata Yamaha WorldSBK Official Team next year.

“For Garrett Gerloff it was important to offer some stability after a debut WorldSBK season disrupted by the Coronavirus pandemic, which is why he will remain with the GRT Yamaha WorldSBK Junior Team for 2021.

“We’re also delighted to welcome Kohta Nozane, who’s been the standout rider in the All Japan Road Race JSB1000 Championship this year, to the WorldSBK paddock.

“It’s important for both the series and for Yamaha to have a fast Japanese rider racing on the world stage and it means we’ll have the exciting prospect of having four riders representing three different continents on the 2021 WorldSBK grid.”

Baz had previously revealed talks about a step up to the works Yamaha team, but his absence from the announcement strongly hints he'll stay at Ten Kate in 2021.