Kawasaki World Superbike rider Alex Lowes will attempt to participate in this weekend's Jerez round despite suffering a fractured hand in a first-lap crash on Sunday in Barcelona.

Lowes suffered his third crash in the space of six races in the final race of the weekend at the Spanish circuit, as he made contact with the Honda of Leon Haslam heading into Turn 1.

He was then unfortunate enough to be collected by the Pedercini Kawasaki of debutant Lachlan Epis, leaving him needing medical attention on his right hand and unable to take the restart after the race was red-flagged for a second lap accident involving Tom Sykes and Lucas Mahias.

Kawasaki's post-race statement revealed Lowes had been taken to hospital following the accident, and now the Japanese manufacturer has revealed the Briton has suffered "a fissure fracture at the base of the second metatarsal of his right hand".

It added that Lowes would travel to Jerez this weekend anyway with the "hope and intention" of racing there.

“After the Barcelona weekend and getting taken out of that last race it was quite messy, with a lot of bikes around," said Lowes. "I got clipped by another rider and luckily I got away relatively unscathed from the crash. I have fractured my hand but otherwise I feel quite good.

"I feel like I can try and ride at Jerez. My neck is a little bit stiff but I will work hard on my recovery these next three days, with Albert our physio, and be in a position to try to ride. It is not an ideal situation but I will go to Jerez and the plan is to try to ride.” 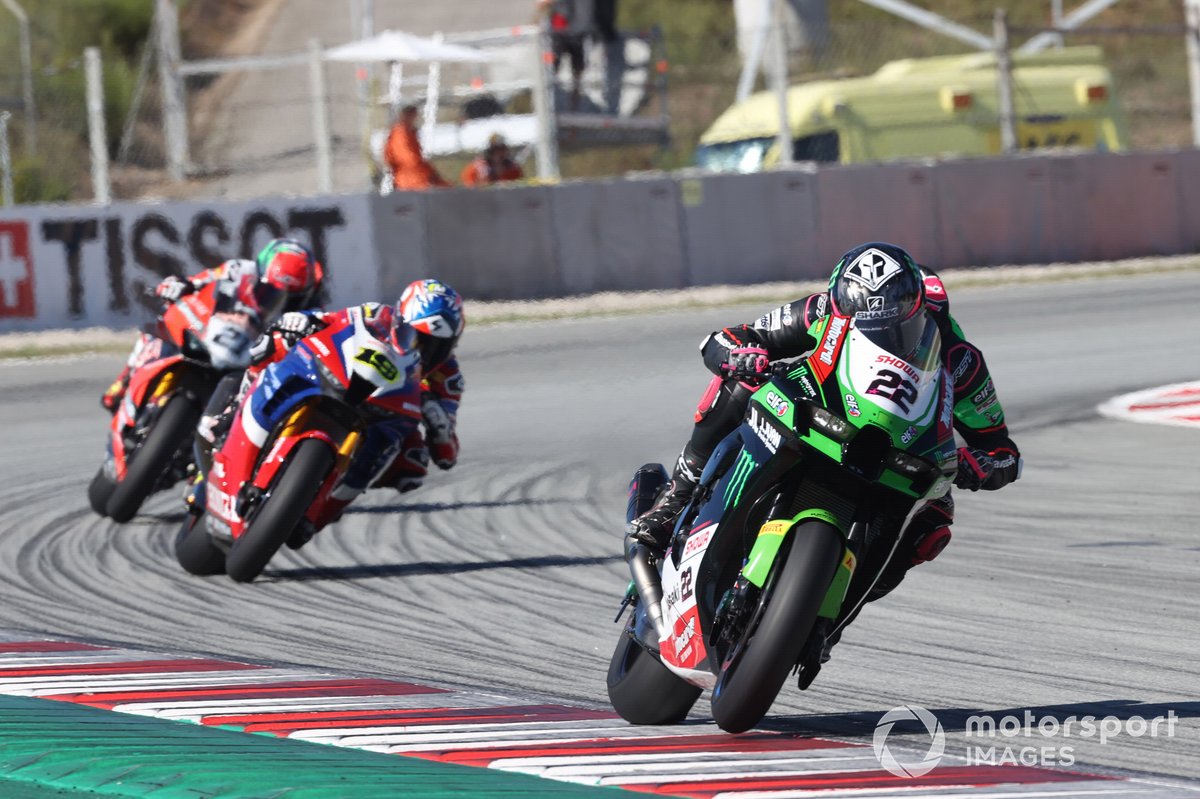 Another DNF for Lowes at Barcelona has further harmed his position in the championship, having now fallen behind Ducati rider Michael Ruben Rinaldi and Yamaha's Andrea Locatelli to sixth.

His haul of 192 points is less than half what his title-contending teammate Jonathan Rea has managed, with Lowes' best results - a pair of second places - coming in the opening round of the season at Aragon.

That strong start to the season prompted Kawasaki to resign Lowes for a further two seasons back in July.