Andrea Locatelli will remain a factory Yamaha World Superbike rider until the end of 2023 after being handed a two-year contract extension by the Japanese manufacturer.

Rookie Locatelli has been the breakout star of the 2021 season so far, with a succession of top-five finishes stretching all the way back to July's Assen round putting him a lofty fourth in the standings.

His new contract means Yamaha's Crescent Racing-run works team will run an unchanged rider line-up through the end of 2023, with Toprak Razgatlioglu having already committed his future to the squad.

Yamaha's press release clarified that Locatelli's results had already triggered an option on his contract for 2022, as confirmed by team boss Paul Denning in the wake of the most recent round at Magny-Cours, but the relationship has now been guaranteed for a further two seasons.

"We are delighted to confirm that Andrea will remain with the Yamaha family until at least the end of the 2023 WorldSBK season," said Yamaha road racing manager Andrea Dosoli. "He has been an integral part of Yamaha’s step-up program, and has demonstrated what our vision has been over the last few years.

"We expected that ‘Loka’ would be fast this year, but very few anticipated that he would already be challenging for podiums at such an early stage in his WorldSBK career. We want to secure him for the future and help guide him towards even greater success, and this new contract will give us the best opportunity to help him achieve that." 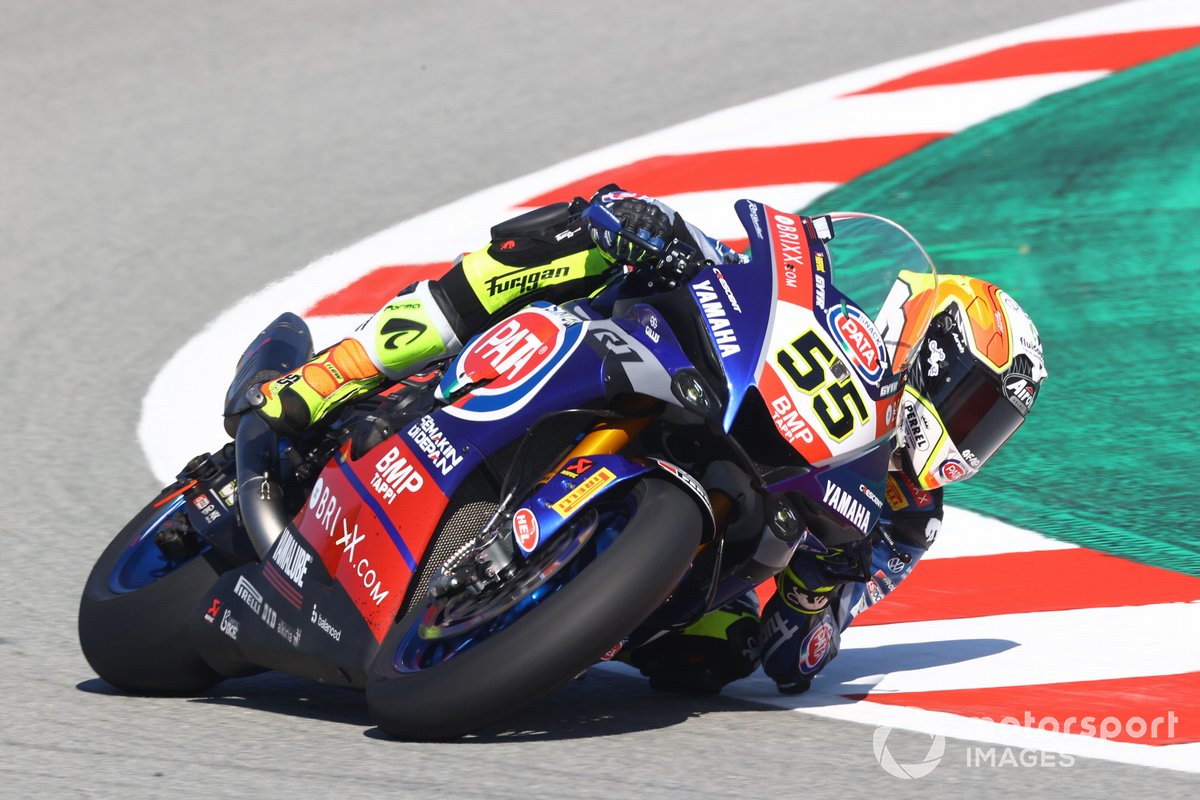 Locatelli made the move to WSBK after a dominant run in last year's World Supersport series, following three seasons in Moto2.

The 24-year-old Italian took his first podium finish at Assen and took further top-three finishes at Most and Magny-Cours, cementing his status as 'best of the rest' behind title protagonists Razgatlioglu, Kawasaki rider Jonathan Rea and Ducati man Scott Redding.

"I’m really happy to be extending my contract with Yamaha for two more years," commented Locatelli. "For me, it’s a great opportunity. We have a really good group, a good team and a good bike, so I think in the future we can do very well.

"I’m so excited to be here and to continue to be a part of the Yamaha family. I’d like to say a special thanks to Andrea Dosoli, Eric de Seynes [Yamaha Motor Europe President & CEO], and everyone at Yamaha for giving me this opportunity.

"Now, we have two more years to try to improve together and achieve the best possible results.”

Yamaha's announcement leaves only Honda to announce its 2022 riders among WSBK's manufacturer teams, but HRC is set to run an all-new lineup comprising Spanish rookies Iker Lecuona and Xavi Vierge next year.