The factory Honda World Superbike team will be down to just one entry for the next two rounds of the championship, with regular rider Leon Camier continuing his recovery from injury.

Camier sustained an injury to his left shoulder in a crash with Sandro Cortese's Yamaha during the Imola round in early May.

Replaced by All-Japan Superbike regular Yuki Takahashi at Jerez and Misano, Camier was aiming to return to fitness in time for his home race at Donington Park - but has now confirmed he will not ride in the July 5-7 event, or in the Laguna Seca round the week after.

"I’m really disappointed to have to miss two more rounds, despite having definitely made good progress, which my doctor is actually really happy with," Camier said.

"I’ve now recovered full range of motion and have started to do strength exercises already.

"Unfortunately, this is where I’m still having some problems. I attempted to complete a few laps on a Supermoto but can see that I still don’t have enough strength or stability when braking, as well as still experiencing noticeable pain when doing so."

Camier will now aim to return to World Superbike action in the late-August test at Portimao, which will precede the September 6-8 round at the venue.

"As I said, it’s very frustrating, but at least the doctor is confident I will fully recover with no need for surgery.

"I look forward to being back for the Portimao test in August where we can take time to calmly work on bike development and set-up."

In Camier's absence, stand-in Takahashi had scored 11 points and finished ahead of team regular Ryuichi Kiyonari - who will now campaign the lone works CBR1000RR - in four of the six races.

Takahashi's stint included an eighth-place finish in the wet opening race at Misano, which stands as Honda's best result of the season so far. 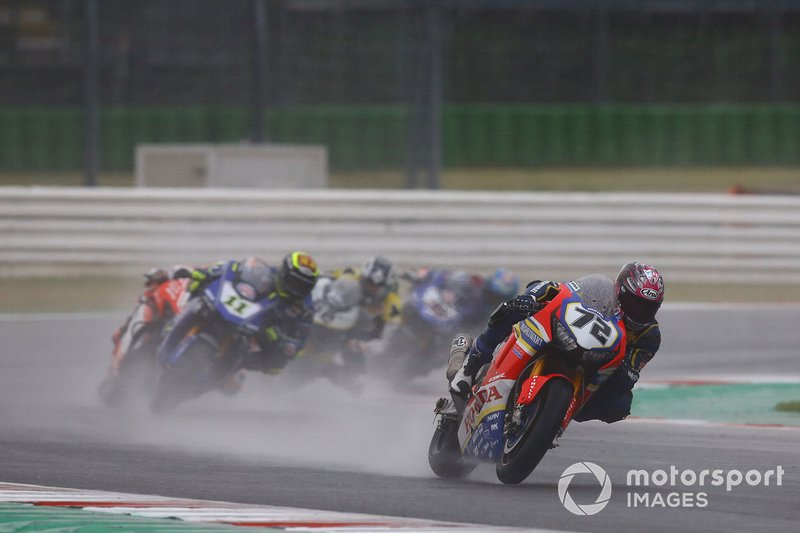 Formula 1’s active aero plans for 2026 could include the idea of handicapping the car performance of race leaders to help prevent runaway wins.