Loeb's lack of testing no concern for Hyundai

Hyundai says it has no concerns about the last-minute nature of Sebastien Loeb’s deal to contest the 2019 Monte Carlo WRC opener with the team.

Loeb last week was confirmed for six 2019 rallies for Hyundai, and will share the third car with Dani Sordo alongside regulars Thierry Neuville and Andreas Mikkelsen.

The nine-time World Rally champion will test the i20 Coupe WRC for the first time just hours after touching down from finishing the Dakar Rally, where he will compete in a privately-run Peugeot 3008 DKR.

After the test, Loeb and co-driver Daniel Elena will go straight into pre-event preparations with the round one recce and shakedown.

“There is no other solution, he has to test the weekend before the event,” said Hyundai team manager Alain Penasse. “This will make it a very interesting test, I think.

"He hasn’t driven the car yet, but he knows what it’s about – he saw what the car was capable of Spain, he knew how hard he had to go [to beat Neuville].

"He has so much experience of this event, he’s won it a hell of a lot of times and he’s always been competitive there. His lack of time in the car won’t be a problem.

“And don’t forget, the Monte is a very specific event with very little testing available. We saw in Mexico this year, when he had been away for a while, he was able to come back and be on the pace.

"He will give away some advantage to some other drivers who have had more time in their cars and more experience, but I think he will be fine.”

Penasse added that Loeb’s arrival would come as a boost to the team as it went in search of its first title.

Hyundai returned to the WRC in 2014 and progressed well in the first three years, finishing fourth, third and second in 2014, '15 and '16. Since then, however, the team has stalled and this year was its third consecutive runner-up spot.

Understandably, there’s been mounting pressure both from within Hyundai Motorsport and from Hyundai Motor Corporation in Seoul. The hope is that Loeb’s arrival will be enough to help them seal a first title in 2019.

Penasse continued: “Sebastien coming to the team, his experience, his confidence and his competitiveness, this will help everybody.

"He adds value to the team and he has a real aura around him and this will help the people around him next year. We have been close to winning the championship, this year we were still in the fight in the final morning of the season.” 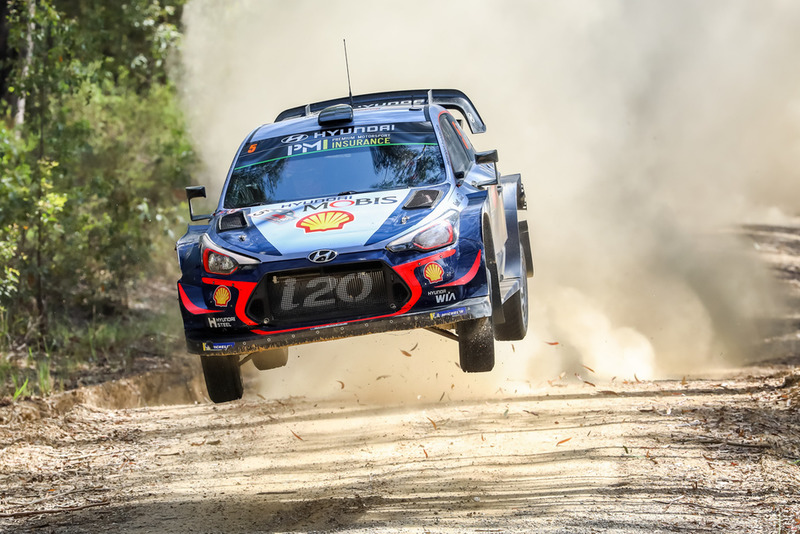 WRC: Ogier plans to help Toyota as much as possible with 2022 car