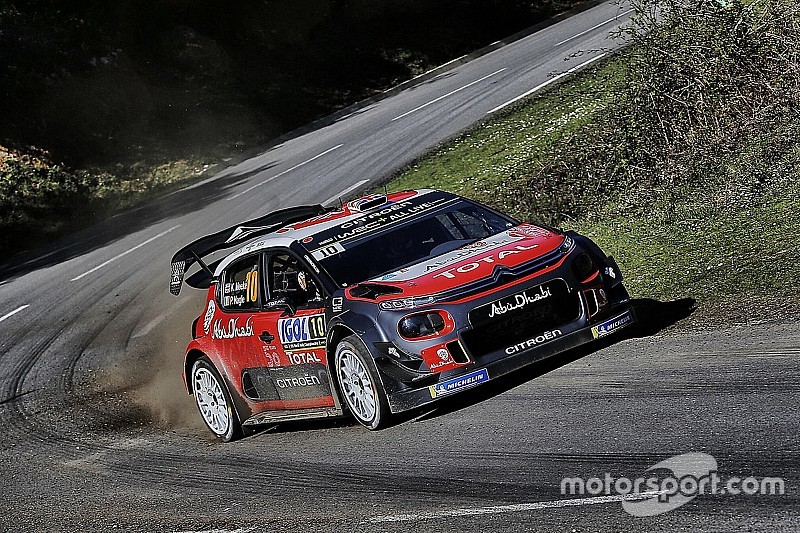 Toyota's 2019 signing Kris Meeke says returning to the World Rally Championship service park in Spain last weekend made him realise he had not been enjoying the WRC in recent years.

Meeke had avoided the championship since being dropped by Citroen following Rally Italy in May.

But he attended last weekend's Catalunya event to meet Toyota team members and finalise plans for testing in Finland this week.

"I haven't watched any coverage for three years, which is probably another signal that I wasn't actually enjoying it very much," said Meeke.

"But then this morning, before I came down here, I was up texting my Michelin engineer to ask what tyres people were on and then I was following the splits to see who was doing what."

Meeke had been with Citroen since 2013, winning five rallies and being chosen to lead the team's full factory return for the WRC's new rules in '17.

But the partnership ended badly when he lost his drive mid-season this year following a string of crashes.

He has already hailed the atmosphere at the Tommi Makinen-run Toyota team as "something completely different to what I've had before in my career".

Meeke lives close to the Rally Spain route and called his appearance with Toyota there "an opportunity to meet the hierarchy and some of the Japanese Toyota Gazoo Racing team members who are only on events.

"It's also nice to meet people rather than just know them over email – it's been a good introduction to the team."

Toyota led in Catalunya with both Ott Tanak - who was pulling away before a puncture that badly damaged his title hopes - and Jari-Matti Latvala, Meeke's 2019 teammates.

"It's nice to see that," said Meeke. "The Toyota is competitive yet again.

"I just wish I could get behind the wheel, especially after some great memories from last year."

Meeke drove Toyota's Yaris WRC for the first time earlier this month, and will run again at the team's base in Finland shortly - with conditions likely to be snowy for that session.