Kazuki Nakajima says he is worried that "politics" will determine how Toyota's battle with new top-class FIA World Endurance Championship rival manufacturer Alpine will play out in 2021.

Alpine announced last September that it will step up to the top class this year after five seasons in the LMP2 ranks, using the Oreca-built Rebellion R-13 LMP1 chassis.

It is so far the only confirmed entry for the 2021 WEC season using the grandfathered LMP1 ruleset, which is being replaced by the new Le Mans Hypercar rules.

With the new LMH machines set to be considerably slower than the LMP1 cars they replace, the way the Balance of Performance is set between the two sets of regulations could have a major bearing on the battle between Toyota and Alpine.

Nakajima admitted that Toyota will face tough competition in the fight for a fourth consecutive Le Mans 24 Hours victory against the proven Rebellion-Gibson package, which enjoyed a more-or-less trouble-free run reliability-wise at Le Mans last year.

But the three-time La Sarthe winner says that it will be down to race organiser the Automobile Club de l'Ouest to ensure there is a fair battle given the older car's theoretical performance advantage over the new Toyota.

"I think [Le Mans] is going to be quite different," Nakajima told Motorsport.com. "They have a car that can finish 24 hours without issues, they have good reliability. And then it’s really down to the EoT between us and them. 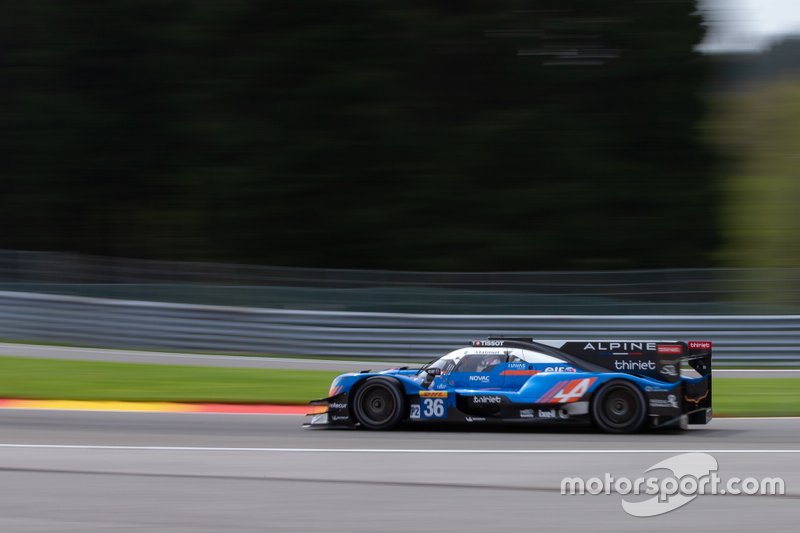 "It will be more difficult for us because our speed is limited anyway, but their speed is really down to the EoT. Speed-wise, we have the potential to be exactly the same, so I think it’s going to be a real race next year. I don’t know if it’s right or not.

"It’s really down to politics. I’m not part of it, but I can understand both sides. From our side, it would be very unfair, but of course [the ACO] wants to have a good competition. Let’s see what happens. The race next year should be interesting, they will be a very strong competitor."

"I don’t know what they will do about the BoP," the 2019/20 WEC champion told Motorsport.com. "It’s a bit strange because they [Alpine] are pretty fast anyway. We lost a lot of laptime [compared to the LMP1], so I don’t know what will happen.

"It won’t be fun if the Alpine is quicker than us because then nobody will go to the Hypercar class. I don’t know what they are aiming for.

"For us it’s a new car, and the Alpine is an established car and the team has experience. Still they don’t announce the BoP yet, so I don’t know what they want to do."

Alpine in "another category" to Toyota at Sebring - Kobayashi