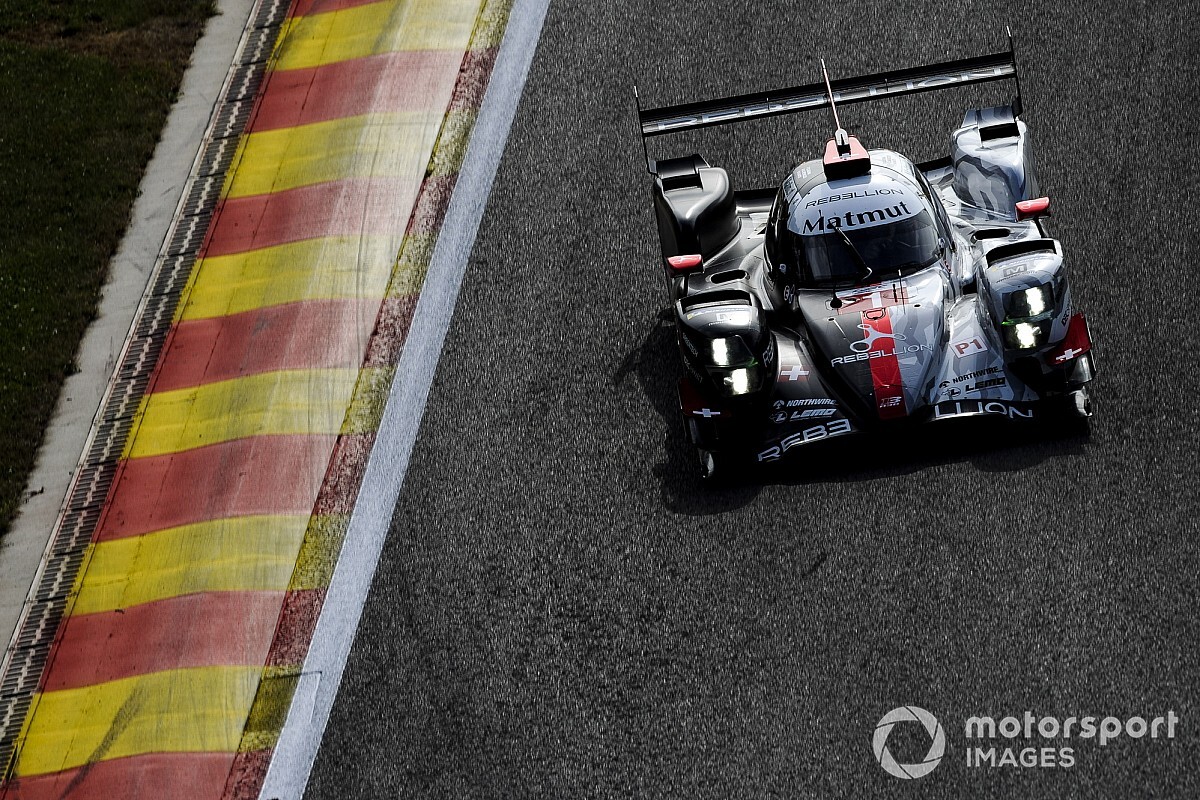 The privateer Rebellion and ByKolles teams outpaced Toyota in first practice for Saturday's FIA World Endurance Championship round at Spa.

Norman Nato topped the times with a 2m02.469s set early in the 90-minute session aboard the solo Rebellion R-13-Gibson he shares with Bruno Senna and Gustavo Menezes.

That gave him a margin of just over a second ahead of the ByKolles team's ENSO CLM P1/01-Gibson in which Oliver Webb posted a 2m03.515s.

The best of the Toyota TS050 Hybrids was the #7 entry which is running the greater penalty under the system of success handicaps introduced in LMP1 for the 2019/20 WEC.

The class-leading Toyota's 1.1s deficit to the Rebellion is significantly less than the near two-second differential in the success handicaps they are carrying for the sixth round of the WEC.

ByKolles is forced to run the same penalty as the Rebellion because it is making its season debut in the WEC.

Toyota is debuting the Le Mans-spec version of the new high-nose aerodynamics introduced on the TS050 this year, whereas the Rebellion is in high-downforce trim.

The ByKolles squad's ENSO CLM has a revised version of its Le Mans bodywork for this race.

The Racing Team Nederland Oreca 07 was fastest in LMP2 with Giedo van der Garde at the wheel. The Dutchman posted 2m03.888s to eclipse Anthony Davidson's 2m3.395s aboard the JOTA Sport Oreca.

Third fastest in class was the United Autosports Oreca in which Phil Hanson set a 2m04.119s.

The two factory Porsche 911 RSR-19s blocked out the top two positions in GTE Pro for the majority of the session, Michael Christensen leading the way on 2m16.057s.

Maxime Martin put in a 2m16.308s right at the end of the 90 minutes in his Aston Martin Vantage GTE to eclipse the 2m16.349s set early on by Gianmaria Bruni in the second of the Porsches.

Alessandro Pier Guidi was the best-placed Ferrari driver in fourth with a 2m16.779s.

Nicklas Nielsen ended up fastest in GTE Am with the AF Corse Ferrari squad. The Dane's 2m17.853s put him a couple of tenths up on Augusto Farfus in the factory-run Aston Martin GTE Am entry.

Jackie Chan DC Racing driver Gabriel Aubry did not take part in the session after testing positive for COVID-19 yesterday. The results of a second test will determine whether he can race the JOTA-run Oreca P2 car.

The Algarve Pro Oreca remained in its garage throughout the session. The Anglo-Portuguese team has been forced to self-isolate because Aubry drove one of its cars in last weekend's European Le Mans Series round at Spa.

It remains unclear whether it will be able to run its solo Oreca LMP2 car on Friday.

Motorsport.tv will show qualifying and the race live HERE. Not available in USA/Canada.