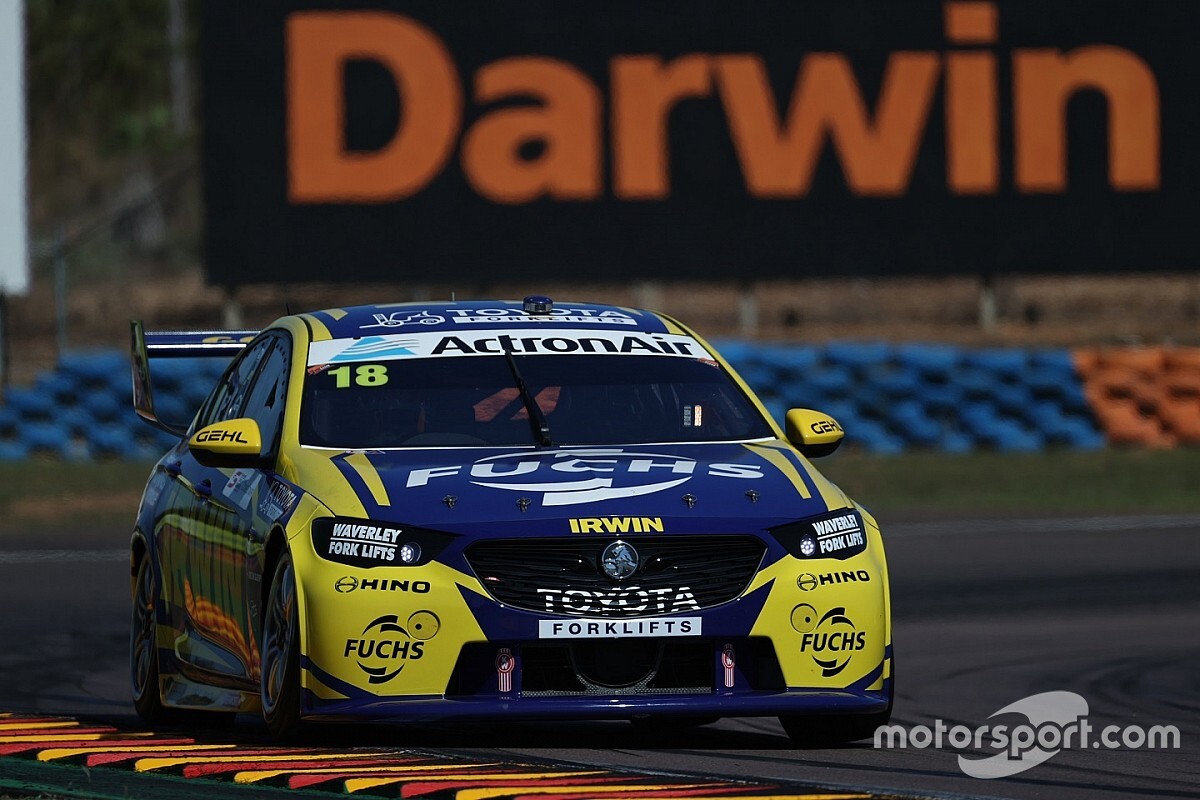 Mark Winterbottom has been cleared of any wrongdoing after making contact with Shane van Gisbergen during today's final Supercars race in Darwin.

The pair tussled over fourth spot in the latter stages of today's final heat, as Winterbottom worked his way through the field on the freshest rubber in the field thanks to a late stop.

After facing some staunch defensive work from the Triple Eight driver, Winterbottom was eventually able to get past at the Turn 6 hairpin. However that was only after some contact at Turn 5 that ran van Gisbergen wide.

Winterbottom hinted after the race that he was anticipating a protest, despite being unsure if there had actually been any contact.

“He moved a few times under brakes so that was my opportunity to have a crack, and he slid wide," he explained.

“I don’t think I contacted him. I think he slid wide. But they’ve put in a protest, like they do, and we’ll see how we go.”

The stewards report reveals that Triple Eight asked the race director to investigate the contact mid-race, only for Winterbottom to be cleared of any wrongdoing.

That means he keeps his fourth place.

"During the race the RD conducted an investigation at the request of Triple Eight Race Engineering into an incident at Turn 4 on Lap 35 when car #18, Mark Winterbottom, overtook car #97, Shane van Gisbergen, and contact occurred between the two cars," read the stewards report.

"After reviewing broadcast footage of the incident and consulting the [driving standards advisor], the RD determined that there was no evidence of a breach of the rules by the driver of car #18."

The stewards did issue a post-race penalty following today's first race, though, with Anton De Pasquale copping a 15-second addition to his race time for contact on Andre Heimgartner.

That dropped De Pasquale from 10th to 12th.