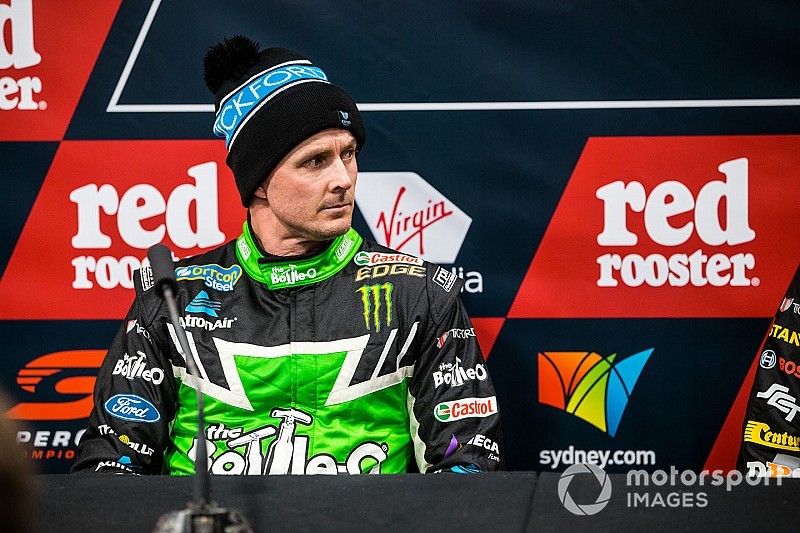 Months of speculation regarding the out-of-contract Ford star's future was partially resolved yesterday, with confirmation that the 13-year relationship between Winterbottom and Tickford will come to an end after this season.

He's widely tipped to be on the move to Charlie Schwerkolt's Team 18 outfit, although where and how that Racing Entitlements Contract will be serviced is not yet known.

In a social media post following the official announcement, the 37-year-old stressed that the decision to part ways with the squad wasn't "financially motivated" – a response to prominent rumours that he and Tickford couldn't agree on salary when negotiating a post-2018 deal.

“We talk a lot about loyalty in this sport, and that is incredibly important to me,” said Winterbottom.

“I have been with Tickford for 13 years and I want you to know that this decision was not financially motivated.

"I shook hands with the Tickford management and we’ve wished each other all the best in the future."

Winterbottom added that the move is more of a search for consistent results, following a lean patch with Tickford.

The 2015 champion hasn't won a race in two years, and this year has slumped to 13th in the standings.

“Consistent, good results is something I strive for and have always prided myself on," he said.

“The last few years have been really tough; my five-year-old son can’t even remember seeing me win a race.

“The last thing I want is to fade away and just turn up for a pay cheque.

“I know I can still compete like I did three years ago when I won the championship.

“I want to get back to the front and I have the backing of many people that I respect in this sport.”