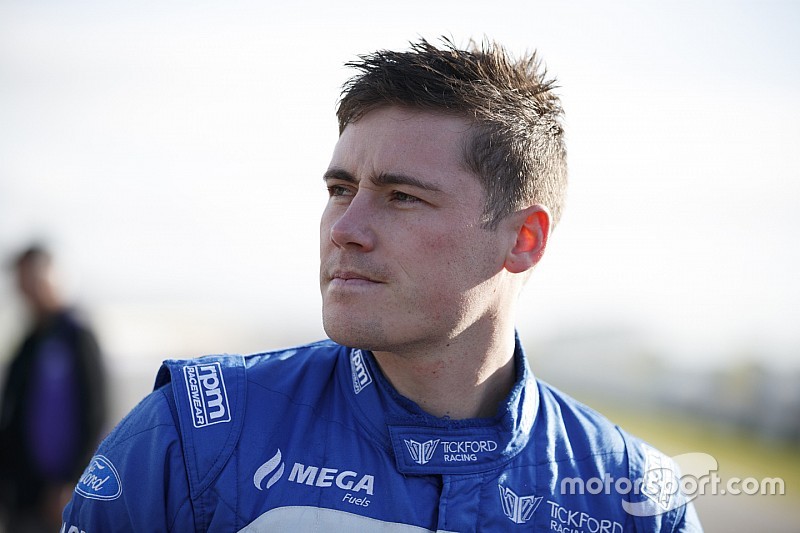 Richie Stanaway won't be a Tickford Racing driver in 2019, the Ford squad confirming it has split with the rookie after a challenging first Supercars season.

Following weeks of speculation over the young Kiwi's future, it's now clear that he won't continue with the team next season.

That was communicated in a brief statement from Tickford, which claimed it was a 'mutual decision' between team and driver.

"Tickford Racing and Richie Stanaway have elected to terminate their partnership," read the statement.

"This decision is mutual, as team and driver believe it is best to part ways at this time. Despite a challenging 2018 Supercars season, we think highly of Richie and wish him well in the next chapter of his career.

"Tickford Racing’s 2019 plans continue to progress, and we look forward to announcing our driver line-up for the upcoming Supercars season in the coming weeks."

Stanaway's move to Tickford was one of the big storylines of the 2017/18 silly season, the team ending a customer relationship with Jason Bright and then buying a Racing Entitlements Contract from LD Motorsport to make space for the Kiwi.

However in what was a tough season in general for Tickford, Stanaway was never able to find his feet in the wake of his much-hyped promotion from enduro duties in 2016 and 2017.

A ninth at Winton back in May was only Top 10 finish in 2018 as he slumped to 25th in the points, second-worse of the series full-timers, by season's end.

Despite that initial deal covering both the '18 and '19 seasons, there have been serious question marks over the longevity of the relationship between Tickford and Stanaway since midway through the year.

Tensions between the struggling rookie and the four-car team became obvious in Townsville back in July, when Stanaway drew the ire of Tickford management by putting on an impromptu drifting display during the Saturday race. A terse radio exchange was followed by what was later described as 'venting' between Stanaway and team boss Tim Edwards.

In New Zealand last month it became clear that Stanaway's drive was genuinely under threat, which has since led to the termination of the contract with a year left to run.

Lee Holdsworth and Jack Le Brocq are considered the favourites to replace Stanaway for the 2019 season.