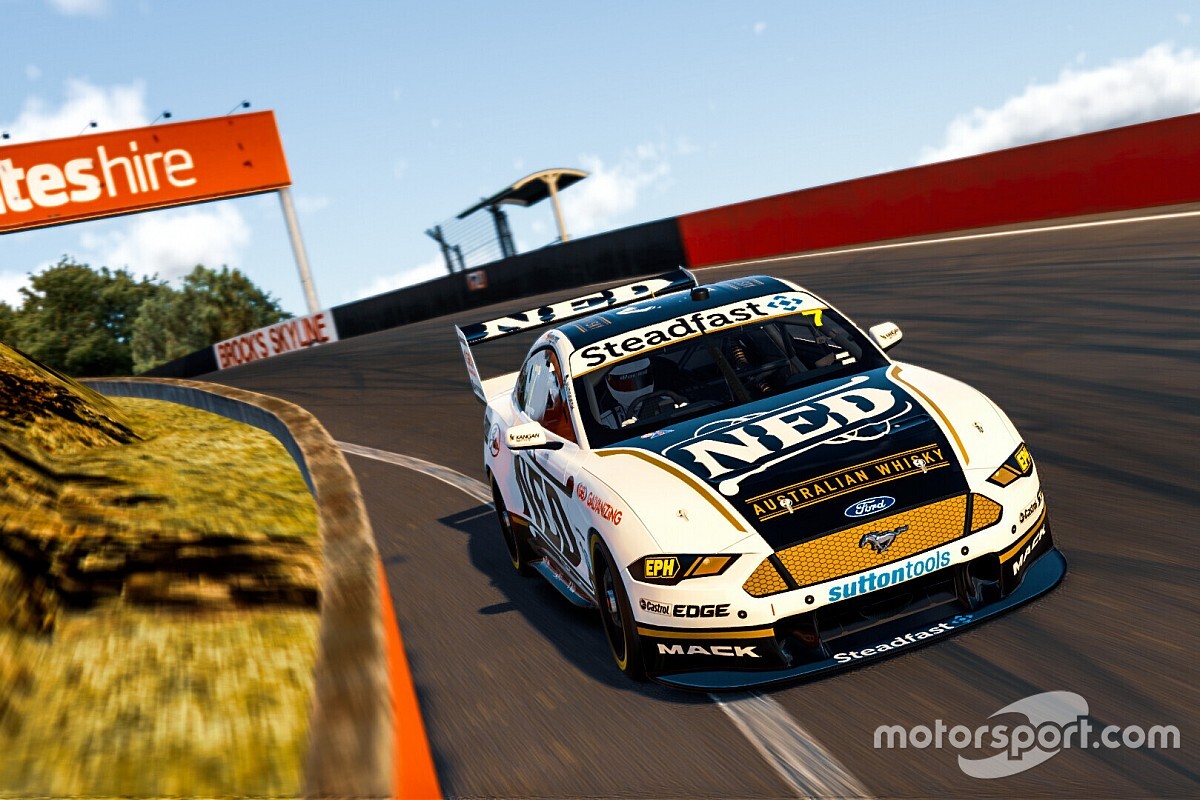 The radical formats being used in the BP Supercars All Stars Eseries will be evaluated for potential use in the real world when racing returns.

Supercars has been using a rolling formats system for its popular virtual series, with each of the three rounds so far run in different ways.

The Phillip Island/Monza round featured three races, two of which had compulsory stops, while a four-race format, again with two requiring a stop, were used for the Silverstone/Barcelona round.

A single circuit was then used for the first time this week, with Bathurst hosting a Top 10 Shootout and three races – two of which required a single stop and one that was a two-stopper.

The only consistent feature across the three rounds has been a reverse grid race.

Supercars is known to be assessing formats as part of its exit strategy from the current suspension in racing, with "every on the table" as it looks to be able to stage at least TV-only events in the coming months.

According to category CEO Sean Seamer the Eseries is being used as a test bed of sorts as to what may be possible for a truncated 2020 calendar.

"When we do go racing again, I think everything's on the table," he said. "The big question is around when we go racing, but also how we go racing.

"I think the formats, and the ability to test different things – pitstops versus no pitstops and what that does to the racing etcetera.. it's all stuff that we're looking at and considering.

"And [the Eseries] is a really good environment to test different things."

The category was set to mostly use two 200-kilometre races at rounds this year, with some exceptions such as the two-driver enduro rounds and the Adelaide and Newcastle 500s, which are split across 250-kilometre heats.

Should there be radical changes for as post-coronavirus resumption in racing, they may not be short-lived, with Seamer well aware that both the series and its teams will be facing tough times.

"I think it would be remiss of us not to use this event as an opportunity to re-think everything and re-cut and re-shape things," he added.

"The balance that we need to strike is, how do you maximise the value for your fans and your broadcasters and your partners, but also reducing costs as much as possible for the teams?

"We're working through a range of different scenarios to get that balance right when we go racing again."

As it stands, the series is formally set to resume at Winton on the first weekend of June.

That is, however, unlikely to go ahead, as is the Townsville street race the end of June, which would struggle to make commercial sense as a TV-only event.

A "drop-dead" date of May 15 is in place for the Townsville race.

Every round of the BP Supercars All Stars Eseries can be streamed live and free through Motorsport.tv.

Best of the banter – Supercars at Bathurst