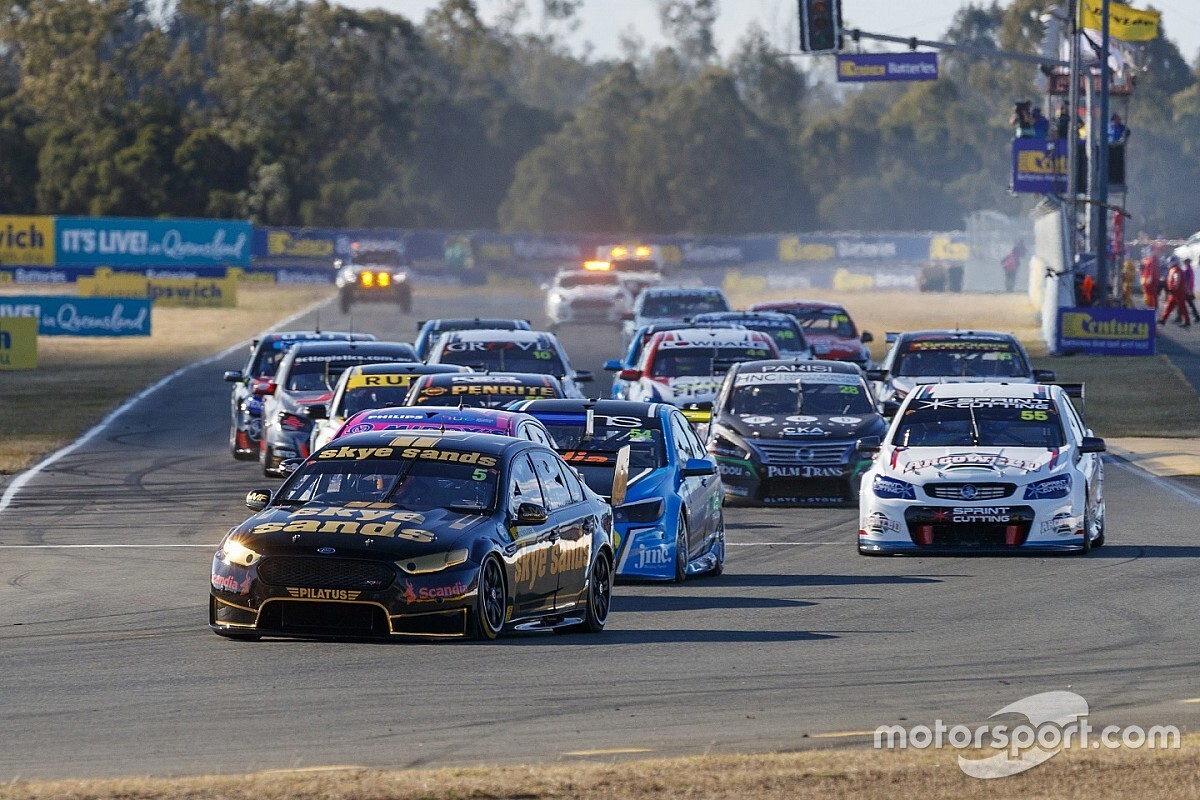 A merger between the second and third tiers of Supercars racing will go ahead after all, following an on-again, off-again saga lasting almost a year.

Plans to merge Super2 and what was last year known as Super3, a class for non-Car of the Future chassis, were initially hatched last year.

However a deal couldn't be struck, Super3 returning to its V8 Touring Car name and forming an alliance with the Australian Racing Group instead.

There was then a second try at a Super2/Super3 merger late last month, that too falling over, with V8TC competitors told as much in the first week of June.

However third time has proven to be a charm, Supercars announcing today that the Super3 name will return and there will be combined grids at Winton (July 18-19), Sandown (September 19-20), Bathurst (October 8-11) and Sydney Motorsport Park (December 12-13).

While it will be a shared grid, there will be two distinct classes for the pre- and post-COTF cars.

The Super2 cars will use Dunlop rubber, with the Super3 cars continuing on the Kumho tyres used in V8TC.

“It’s pleasing we have reached an agreement with both series officials to allow more of Australia’s best young drivers to compete together as part of our revised calendar," said Supercars COO Shane Howard.

“By combining these two categories into singular races, it will provide exposure for team sponsors and bolster the number of competitors on track.

“The primary focus for us is around the driver pathway, a commitment which Dunlop shares.

"This combined category gives Super3 series drivers the opportunity to rub shoulders with competitors running in Dunlop Super2 and helps them to become more familiar with how to race Supercars.”

Super3 category boss Liam Curkpatrick added: “Given the current circumstances, it’s great that the two series have been able to merge to showcase a large, strong field of Supercars.

“Our competitors are pleased to run with Super2 and to be at big events like Bathurst will be excellent on a number of levels. It offers the entire field great opportunities.

“Super3 will have its own sporting and technical regulations, our own points system, our own podiums, competitors will run on their respective tyre compounds in each race – almost everything remains separate other than the on-track action that the fans will see.

“And we haven’t seen class racing in Supercars before, so this will be new territory for a lot of the drivers and teams. The merging of the classes is a win for the sport.”

Supercars TV presenter reflects on "kick in the guts"

No crowds for Winton Supercars round