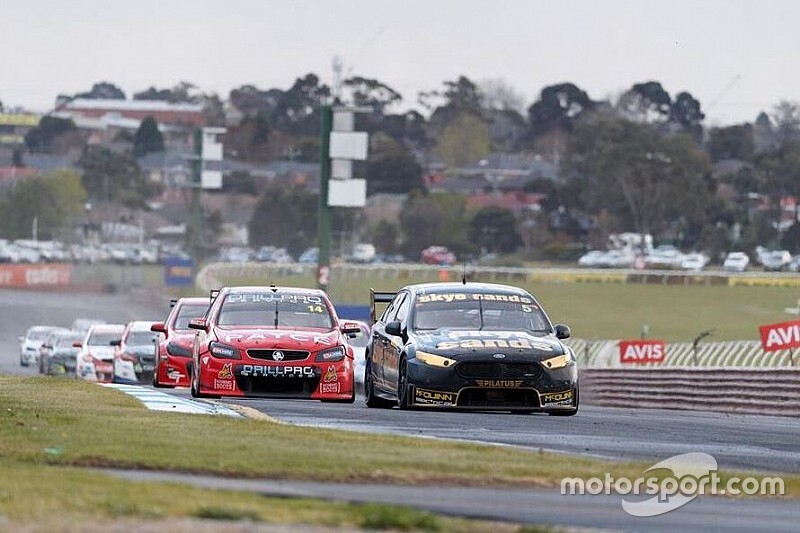 Supercars has added a $500,000 cash prize pool to its second-tier Super2 series, but won't press on with plans for a combined junior class featuring pre-Car of the Future hardware.

The category has announced a revamped Super2 series for 2020, headlined by a $400,000 cash injection to try and help the winner land a main game drive in 2021.

There will also be a new rookie class for drivers under 25 years of age and in their first full Super2 season, the winner of which will pocket $100,000.

The calendar, meanwhile, has been trimmed from seven rounds to six, with appearances at Adelaide, Symmons Plains, Townsville, Sydney Motorsport Park, Bathurst and Sandown.

“The new financial incentives will provide considerable benefits for drivers looking to build on their success in DS2 to graduate to a full-time career in Supercars,” said Supercars COO Shane Howard.

“This is a logical decision to streamline the pathway, leverage off existing logistics arrangements and reduce overall costs for competitors in our key support categories.

“These young drivers will compete in [Super2] races at some of our biggest events, giving them and their sponsors exposure to millions of fans.”

The proposed merger of Super2 and Super3, meanwhile, has been scrapped.

Instead the Super3 name is set to disappear entirely, with the V8 Touring Car Series set to revert to its unofficial third-tier status next year.

V8TC was re-branded as Super3 for the 2019 season as part of a licensing agreement with Supercars, however that deal won't be renewed for 2020.

The category has instead struck an alliance with TCR Australia/S5000 promoter the Australian Racing Group, which means the V8TC name will be revived, the Kumho backing and tyre deal will continue, and the series will mostly run on the Shannons Nationals bill.

The only appearance at a Supercars event will be Winton.

"2020 will be a year of major change for the category but it’s one we’re looking forward to embracing,” said category manager Liam Curkpatrick.

“Our new relationship with ARG comes as they see the value the series and the cross-section of competitors and cars that it represents.

“We’re working hard to ensure our competitors have a strong broadcast package and opportunities to potentially progress their driving beyond the category should they have a successful season and wish to move onwards.

“Our long-term relationship with the Benalla Auto Club ensures we are back at Winton for our annual visit to their Supercars round. That event has grown to become one of the best regional events on the calendar and it is a key part of our calendar.

“The V8 Touring Cars brand is strong and we’ll continue to build on our more than a decade of history that started in 2008 and will evolve further in 2020.”