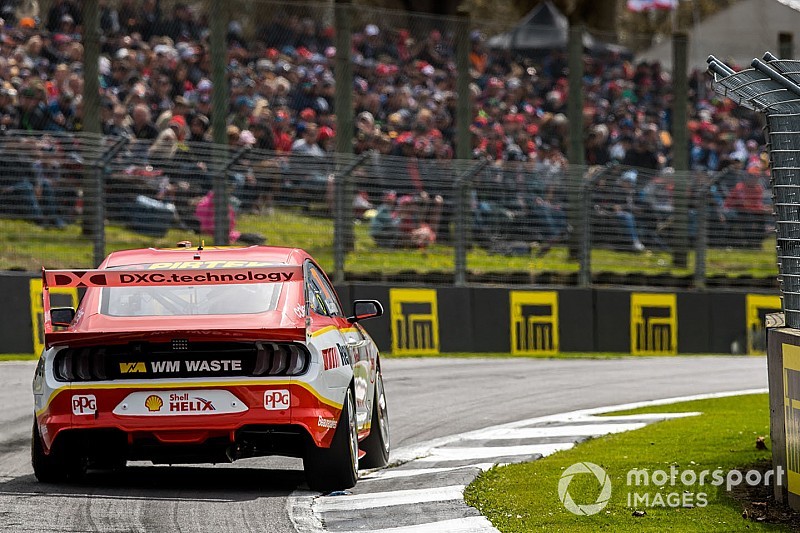 Scott McLaughlin and David Reynolds have had their say about their wild moments during qualifying at Pukekohe.

Reynolds was the first to come unstuck during the 20-minute session, nosing his Erebus Holden into the Turn 4 wall on his first green tyre run.

The crash caused a red flag, which left him stranded down in 22nd.

“I ran out of luck or talent, I’m not sure," told Fox Sports on his way back to the garage.

"I had a lot of luck yesterday so I had to run out at some point.

“I maybe had too little temperature in that right-front [tyre]. As soon as I tipped it in I knew I was in a bit of s**t.

“I just feel terrible for the crew. I’m devastated for everyone that puts a million hours of work into it.”

McLaughlin, meanwhile, managed to avoid the wall during his own spectacular spin.

Looking to improve on his final run, the points leader ran wide during the fast run onto the main straight.

The high-speed pirouette destroyed a foam advertising board, but didn't leave a mark on his Penske Mustang.

“It was more arse than class,” McLaughlin said.

“I needed to find a tenth-and-a-half there so I just released the brake and got on the gas and just went too wide.

“Then I just got on the wet grass. It was lucky absolutely, but this category you’ve got to go hard and put your things on the line."

McLaughlin will run fifth in the Top 10 Shootout that will determine the first five rows of the grid.