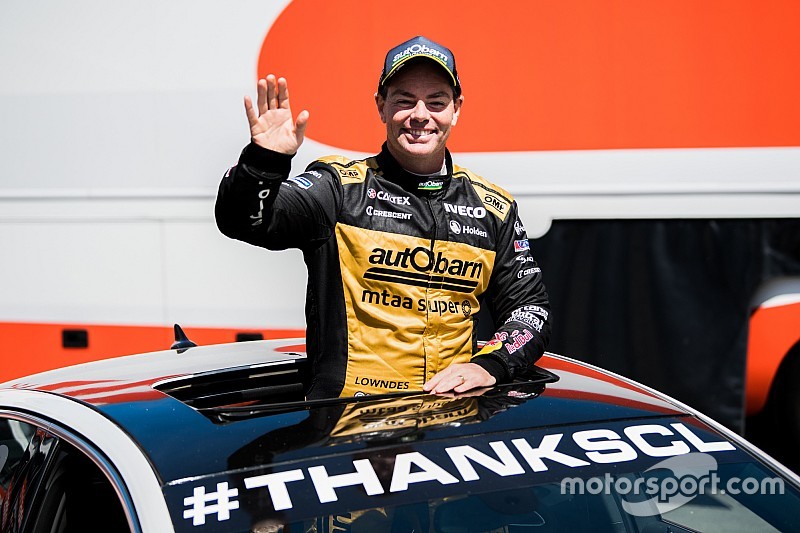 Craig Lowndes has revealed that an iconic New York scene will help him celebrate his transition into retirement.

The Supercars veteran, who made his final start as a full-time driver in Newcastle late last month, will embrace his new life by tackling a 5000-piece puzzle over the Christmas break.

Depicting the famous 'Lunch atop a Skyscraper' scene, solving the puzzle has been a long-term project with wife Lara.

With the border done, Lowndes says he'll now have the time get the rest of the pieces in place as he unwinds from a whirlwind career that spanned a quarter of a century.

"Probably finish my jigsaw puzzle, hopefully I've got more time to finish that off when I get home," he said when asked what he'll do next.

"I think for me, because I'm so much on edge all of the time, so busy, so hectic, running around like the Energizer Bunny, to actually sit still and focus on something for as long as I have... it's a credit to Lara for getting me to do it."

Lowndes won't have too long to get his puzzle finished, with pre-Bathurst 12 Hour testing to begin with Triple Eight in the middle of January.

He'll then race a Mercedes for the first time at Mount Panorama for the round-the-clock enduro, before setting his sights on sportscar events further afield.

However Lowndes is yet to land a dream drive at Le Mans, something he's been open about pursuing since his retirement announcement last July.

"[The end of the season] we knew was going to be hectic, so we shelved all of that," he said.

"We'll start getting into that side of it. If it doesn't happen next year, hopefully it will happen the year after.

"That's the race I've always wanted to race at and be part of. The other ones are Spa, Laguna Seca... Now that I'm out of the [Supercars] driver's seat, we can look at doing other things."

There will be a concerted effort to not over-commit in his first year of retirement, though, Lowndes wanting to enjoy some proper time off.

"We've got to make sure we don't over-commit. I want to enjoy it for what it is," he said.

"That's the biggest thing, to enjoy the difference with time off, the commentary side of it, all these things.

"My world is going to be turned upside down next year. And I'll try and enjoy it, not try and cram too much in."