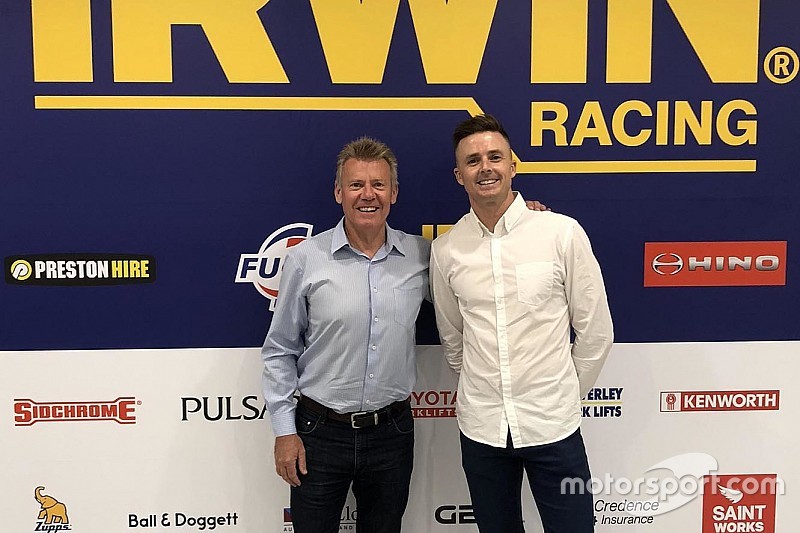 Ford Supercars champion Mark Winterbottom will race a Holden for the single-car Team 18 squad next year, it's been confirmed.

As widely expected, Winterbottom will team up with team owner Charlie Schwerkolt as part of a new-look Team 18 outfit for the 2019 Supercars season.

The team will be backed by former Stone Brother Racing sponsor Irwin Tools, while it's expected that a new Triple Eight Commodore will be part of the deal.

“To have Mark drive with us in 2019 is really big, he brings a whole range of experience and accolades to Team 18,”said Schwerkolt, who is a title-winning team owner thanks to a spell with Dick Johnson Racing.

"We've got some new engineering and partnerships forming which will take us to a new level in 2019. We have more to announce in the coming weeks, but I can't wait to reveal the car next year."

The move means Winterbottom will be behind the wheel of a Holden for the first time in his career, having become the poster boy for the Blue Oval thanks to his long stint with Tickford Racing.

That partnership yielded a title in 2015, which was the first for Ford since James Courtney's 2010 triumph alongside Schwerkolt at DJR.

"I haven't thought about the badge to be honest," Winterbottom said.

"I've looked at the opportunity not [from] the brand of car, and haven't quite come to terms with that at the moment, but from the inside they all look the same and I think the opportunity that Charlie and Team 18 offered was too good to turn down.

"The Holden will be different but at the same time if we are winning races I'll be happy to do it in whatever equipment we have."

Winterbottom added that the challenge of moving from a four-car superteam to a single-car squad isn't lost on him, but that he's looking forward to a closer-knit set-up.

"Every person has to deliver to get the result and that's myself, the engineers, everyone.

"I'm sure there will be some difficulties like pitstops and data sharing, but in saying that with the weaknesses come the strengths, and having 10 to 12 crew with one goal, and having a little family going racing, is going to be a great approach."

Irwin, meanwhile, returns to Supercars as a major backer after a four-year break. The brand came into the sport with Jason Bright's Britek Motorsport squad in 2007, before switching to Stone Brothers Racing in 2009 for Alex Davison's Ford.

The brand then followed SBR into the Erebus Motorsport/Mercedes era in 2013, by which point Lee Holdsworth had taken over from Davison.

However that relationship lasted just a single year, Irwin withdrawing from the sport at the end of the '13 season.

Ironically, Holdsworth will leave Team 18 after this weekend's Newcastle 500 to make way for Winterbottom and Irwin.