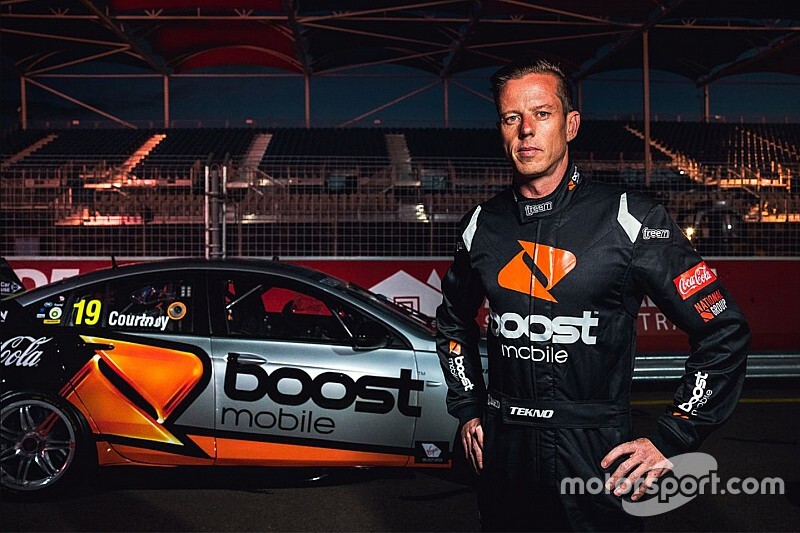 James Courtney says Team Sydney not honouring a "big commitment" led to his dramatic split with the squad after a single Supercars round.

Courtney confirmed his exit from the team on Saturday, the 2010 series champion pulling the pin on his deal just a week after the season-opening Adelaide 500.

The split followed a curious five-month period since the initial Team Sydney announcement, which culminated in Chris Pither only being announced as the team's second driver on the morning of the pre-season test, and an eleventh-hour sponsorship deal with Boost Mobile – brokered by Courtney.

Courtney has now offered more insight into the sudden exit, claiming that a "big commitment" wasn't honoured and admitting that he may have walked earlier had it not been for his emotional attachment to the project.

“It was a big commitment that was made in the start, which was a big part of my deal,” he told the RPM TV show.

“I probably let it go on unresolved for too long, because of a friendship with [team boss Jonathon Webb].

“After Adelaide, it became pretty evident it wasn’t going to be honoured. Enough was enough and I had to do what we did.

“I called in a lot of favours to get this to where it was. Luckily I had great partners in Boost Mobile and [founder] Peter Adderton’s support over a long period of time. He was a big part of that.

“I consulted with those guys right at the end when I was making the decision, and they told me what I should do and that they had my back.

"I was emotionally very involved. That’s probably why I let it go on as far as I did without pulling it up.

“It is what it is, I wish those guys all the best, Team Sydney, we’ll see how they go. I’ll move on and see what my future holds.”

Courtney's two primary options appear to be grabbing one of the few enduro seats still available, perhaps at Kelly Racing or Brad Jones Racing, or looking to use his Boost backing to fund a wildcard programme.

There has also been speculation linking him to a TCR programme.

According to Courtney, his phone has been running hot since the announcement.

“The crazy thing was, within an hour I had three teams that are in Supercars contacting me about things to be doing this year with those guys,” Courtney added.

“Then also other categories. It’s been really interesting to see who has come out of the woodwork.”

When asked directly if he thinks he'll race a Supercar again in 2020, Courtney said: “Yeah, I’d like to think that I will.

“The interest, and what’s been happening over this last 12-hour period, is indicating I will be.”