Lee Holdsworth has made a dream start to his TCR Australia career with pole for the opening race of the 2021 season at Symmons Plains. 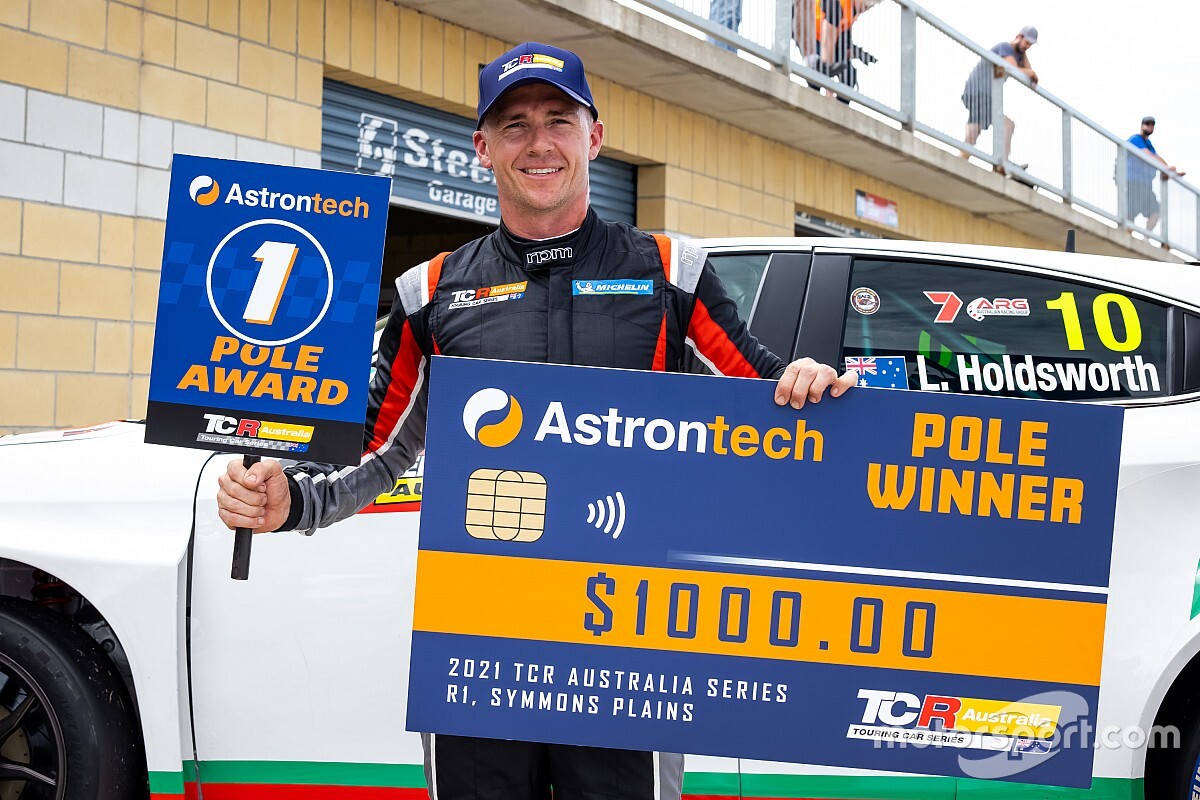 The former Supercars full-timer wasted little time getting his head around the front-wheel-drive TCR hardware, topping both segments of qualifying in his Ash Seward Motorsport Alfa Romeo.

In the first segment he pipped ASM teammate Jay Hanson to top spot, the pair separated by just four-hundredths.

Holdsworth then had a little more breathing room in the pole-deciding second segment, but not much, the margin back to Garry Rogers Motorsport Alfa driver Jordan Cox just nine-hundredths.

"It's not a bad way to start the year," said Holdsworth.

"It's a strong class and it's getting stronger and stronger, that's what drew me to it. I'm pretty happy to be ahead of some of those names out there, but it's going to be a wild race.

"It was tough to get my head around [the car] initially, you're re-programming your brain the whole time. Now I'm quite comfortable in it. It feels like a go-kart, you can throw it around once you've got confidence."

Hanson capped off his impressive session by grabbing third on the grid, the teenager set to share the second row with Supercars megastar Chaz Mostert (Melbourne Performance Centre Audi).

Aaron Cameron was seventh quickest in his GRM Peugeot, despite skipping across the gravel at the hairpin twice, Brad Shiels (Tilton Racing) the best of the Hyundais in eighth.

A number of big names didn't make it out of Qualifying 1, Honda driver Tony D'Alberto the unlucky driver on the bubble in 11th. His teammate John Martin fared even worse, finishing up 18th and last.

Dylan O'Keeffe, who finished second in the points back in 2019, was just 13th quickest, while high-profile debutants Ben and Jason Bargwanna were 12th and 16th respectively.

Race 1 of the 2021 TCR Australia season will kick off at 5pm local time today.

Watch all of the action from Symmons Plains live and free on Motorsport.tv.