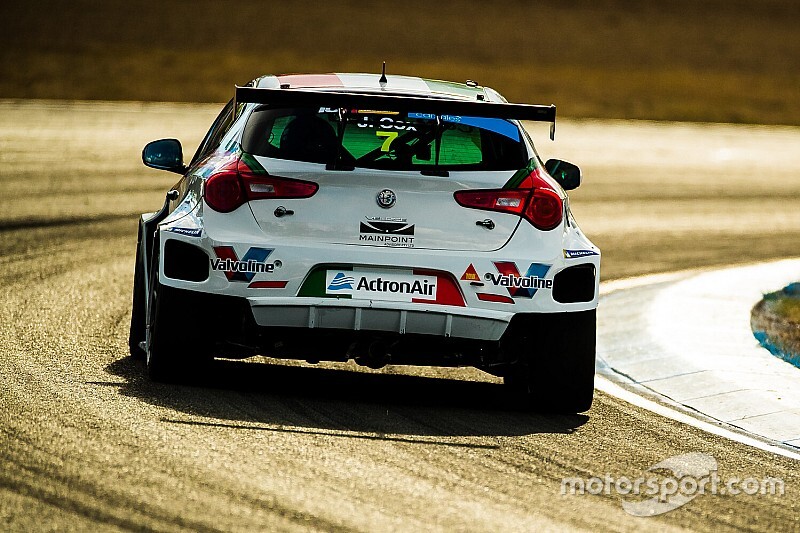 Jordan Cox will see out the 2019 TCR Australia season with Garry Rogers Motorsport.

The production car racer, famous for his exploits in a Honda Civic at Bathurst, made his TCR debut in a Wall Racing Honda at The Bend back in July.

He was then drafted in to GRM's line-up to replace Jimmy Vernon in the team's Alfa Romeo for the Queensland Raceway round at the start of August.

With Vernon's split with GRM now official, Cox has inked a deal that will see him race the Alfa at Winton, Sandown, and the second hit-out at The Bend to finish the season.

“It’s one of the biggest opportunities I’ve had in my career," said Cox.

"It’s great to be in a position where I can solely focus on driving the car and achieving the results.

“The team and I really gelled well. GRM is a hard working team and it was terrific to be involved with them.

“My sponsor group is really excited to be part of the GRM team and the Alfa Romeo, which has proven to be a great car.”

Vernon, meanwhile, will look to return to TCR Australia next season.

"This opportunity gives Vernon the chance to concentrate on developing a new deal for participating in the TCR Championship in 2020.

"Jimmy would like to thank everyone who was involved in the 2019 campaign and is looking forward to fighting for success in the future."

The 2019 TCR Australia season continues at Winton on August 30-September 1.