Toyota has explained why it opted to move Yuhi Sekiguchi from the title-winning TOM’S outfit to SARD for the 2022 SUPER GT campaign.

Just over a week on from Sekiguchi and his TOM’S teammate Sho Tsuboi stealing the SUPER GT title at Fuji Speedway, Toyota revealed its surprise decision to split up the championship-winning duo when it announced its 2022 line-ups in a special Tokyo presentation.

Joining Tsuboi in what will likely become the #1 TOM’S GR Supra next year will be GT500 rookie Giuliano Alesi, while Sekiguchi will join Yuichi Nakayama at SARD in place of Heikki Kovalainen, who has announced his exit from the series.

While TOM’S is well-established as Toyota’s lead GT500 squad, SARD has struggled to find form since its one and only title win in 2016 with Kovalainen and Kohei Hirate.

But Toyota president Akio Toyoda is convinced that Sekiguchi’s presence at the team will boost its fortunes, as he seeks more balance across the six-car GR Supra squad.

“If you ask me, he is someone you can entrust to win,” said Toyoda of Sekiguchi. “I think it would be great for the sponsors and the fans to create an environment in which it’s not unusual for any team to win within the Toyota stable.

“His motto is ‘take your own path’. Normally, he would stay one more year with the team after winning the title, but I think this transfer matches his philosophy.

“He is focussed on bringing the next generation of driver, and I think by transferring teams we can really make good use of all the things he knows.” 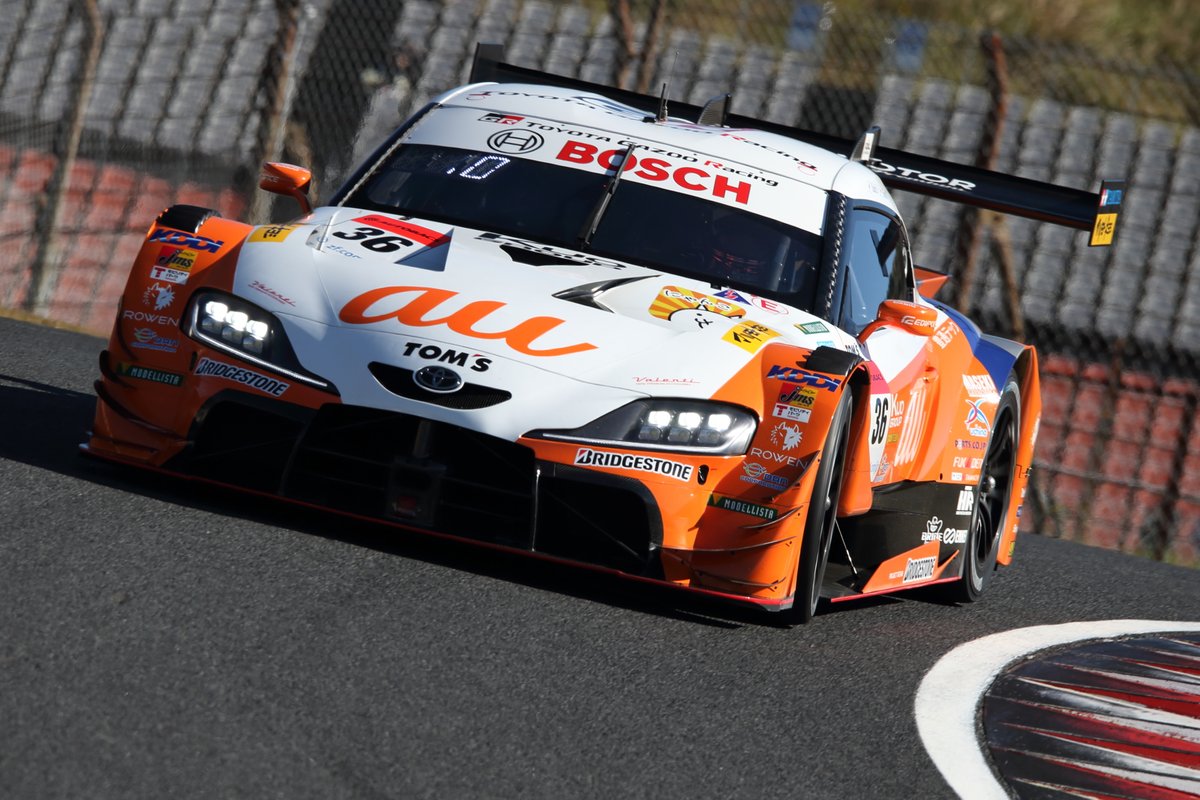 Sekiguchi has been part of the Toyota GT500 stable since 2014, and first joined TOM’S in 2018 alongside Kazuki Nakajima aboard the team’s #36 car.

He was paired with Sacha Fenestraz last year before Tsuboi took over as his partner for 2021 following Fenestraz’s move to the sister #37 TOM’S car.

Sekiguchi said he was happy to end his association with TOM’S in order to strengthen the line-up at SARD, which is run by his former teammate Juichi Wakisaka.

“I was told by Toyota that they want to raise the level of the entire stable, and asked for my help,” said Sekiguchi.

“When I didn’t have a contract in 2013 [after being dropped by Nissan] I was welcomed by Toyota, I felt like I wanted to contribute what I can to Toyota, so we agreed the transfer.”