Heikki Kovalainen put the SARD Toyota team at the top of the timesheets on the second and final day of SUPER GT's official pre-season testing at Okayama.

Ex-Formula 1 driver Kovalainen, who is going into his seventh season in SUPER GT, set his best time of 1m18.181s at the wheel of SARD's Toyota GR Supra a little under halfway through the morning session.

That left him 0.096s clear of Naoki Yamamoto in the Team Kunimitsu Honda, but slightly shy of the first-day benchmark established by Mugen Honda driver Toshiki Oyu.

The two TOM'S GR Supras were next up in third and fourth places, with Ryo Hirakawa third-fastest in the #37 ahead of Sho Tsuboi in the sister #36 machine.

Nobuharu Matsushita was again the fastest Nissan driver in the Bridgestone-shod Team Impul GT-R, ending up fifth and just over four tenths off the pace.

Ukyo Sasahara was next up in the Dunlop-equipped Mugen Honda, followed by the Cerumo Toyota of veteran Yuji Tachikawa and Koudai Tsukakoshi in the Real Racing Honda.

Nissan's flagship NISMO GT-R improved to 10th in the hands of Tsugio Matsuda after the 'red car' had propped up the timesheets on the opening day.

There were almost no improvements in the afternoon session as the majority of GT500 teams elected to focus on race pace.

An early effort from Sacha Fenestraz's TOM'S stand-in Sena Sakaguchi, a 1m19.224s, was sufficient to top the session ahead of Ronnie Quintarelli in the NISMO Nissan and Ritomo Miyata in the Bandoh Toyota, which was the only car to better its morning time.

The Cerumo Toyota caused the day's second red flag after parking up on the approach to Attwood Curve (Turn 4) with about half an hour to go in the afternoon. 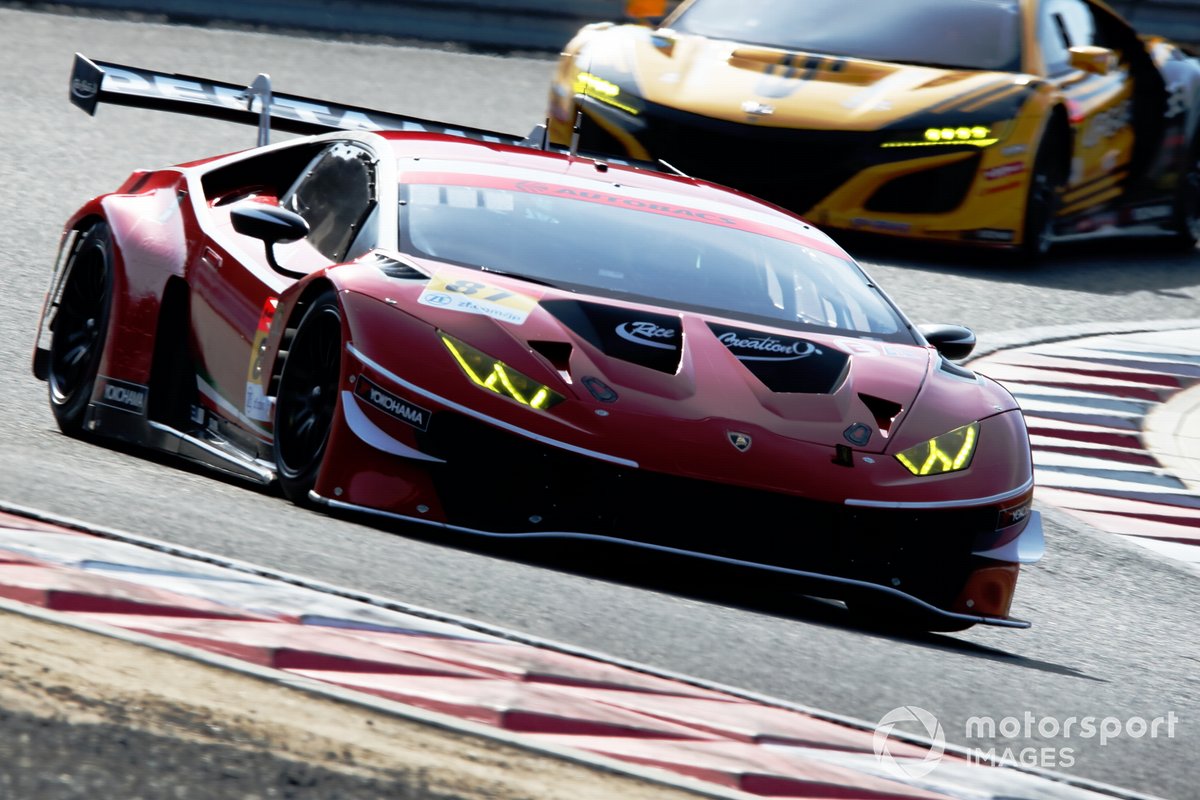 In the GT300 class, the best times were likewise set in the morning, with Natsu Sakaguchi ending up with the fastest lap of the day for the JLOC Lamborghini squad.

Sakaguchi, who has joined JLOC from Team Mach for this season, posted a best effort of 1m26.138s, going slightly quicker than Monday's benchmark set by Hiroki Yoshida in the Saitama Toyopet Toyota GR Supra GT300.

Second-fastest was Hideki Yamauchi in the brand-new Subaru BRZ, followed by Togo Suganami in the LEON Racing Mercedes-AMG GT3.

Yoshida was fourth-fastest in the Saitama Toyopet Supra, while the K-Tunes Lexus RC F GT3 and the Goodsmile Racing Mercedes completed the top-half dozen runners in the class.

Team Mach's Toyota 86 MC left debris on the track in the early part of the morning session, causing the first red flag of the day.

Official pre-season testing continues at Fuji Speedway on March 27-28, before SUPER GT returns to Okayama for the opening round on April 10-11.