Honda young gun Toshiki Oyu topped the timesheets on the opening day of SUPER GT pre-season testing at Okayama at the wheel of Team Mugen's NSX-GT.

Oyu, who replaces Hideki Mutoh in the Mugen line-up for his first season in SUPER GT's top class, set his best time of 1m18.121s at the end of the afternoon session, during the 10 minutes of running reserved for the GT500 cars.

That put the carbon-liveried Mugen car, now running on Dunlop tyres, 0.148s up on the best of the Toyota GR Supras, the #37 TOM'S car driven by Sena Sakaguchi - who is replacing the absent Sacha Fenestraz for the weekend.

ARTA driver Tomoki Nojiri made it three Hondas in the top five, despite causing the second of two red flags in the afternoon with a late off at the hairpin corner, followed by Bertrand Baguette in the Real Racing NSX-GT.

Best of the Nissan GT-R contingent was the Impul GT-R in the hands of new recruit Nobuharu Matsushita, whose best lap was 0.517s off the pace.

Nissan's flagship NISMO GT-R propped up the timesheets in 15th, as one of only two cars not to improve on their morning times.

TOM'S driver Sho Tsuboi set the pace in the morning on a 1m18.352s, leading the Hondas of Baguette and Team Kunimitsu super-sub Mutoh, who is standing in for Tadasuke Makino at Okayama. 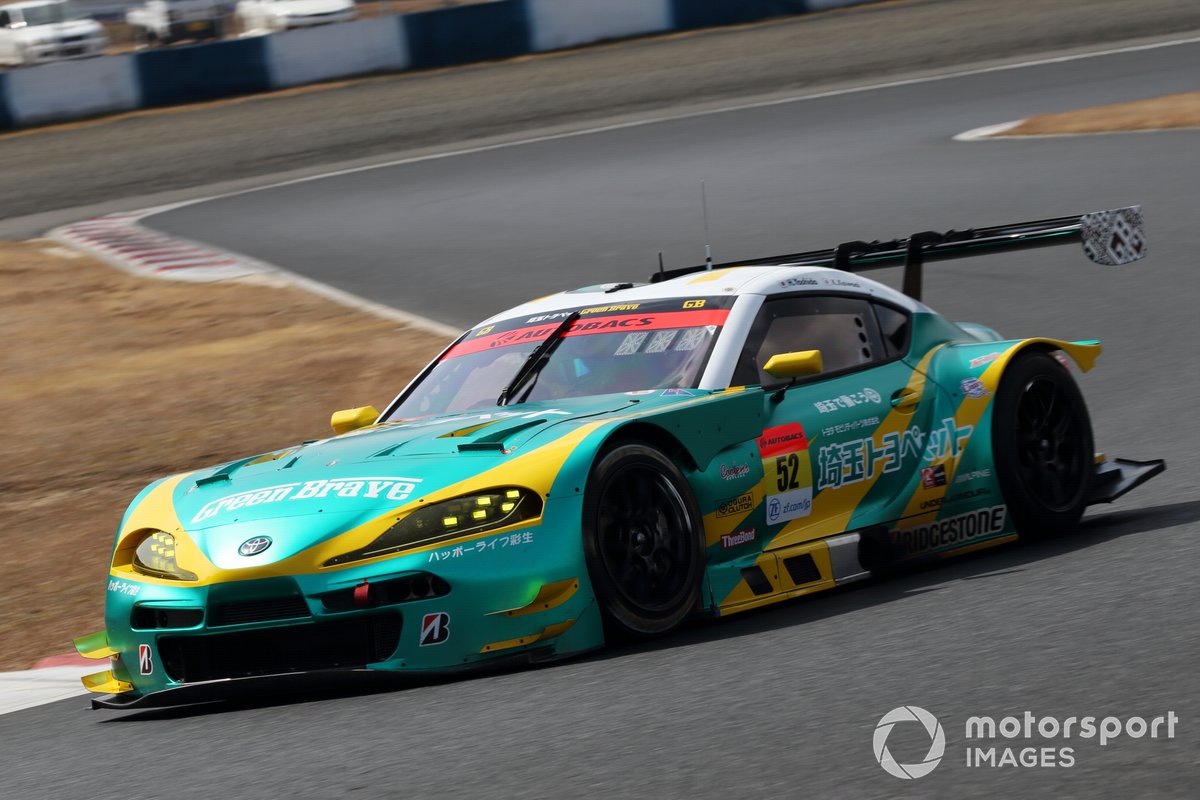 In the GT300 class, the Saitama Toyopet Toyota GR Supra topped both sessions, with Hiroki Yoshida going fastest in the afternoon on a 1m26.185s - fractionally quicker than teammate Kohta Kawaai had managed in the morning session.

The team's nearest competitor was the #31 apr Toyota Prius PHV of Koki Saga, while Tatsuya Kataoka put the Goodsmile Racing Mercedes-AMG GT3 third in the 10 minutes of afternoon running reserved for the GT300 class.

Subaru was fourth-fastest with its brand-new BRZ contender, followed by the LEON Racing Mercedes and the #30 apr Toyota Prius.

A problem for the LM Corsa Supra was responsible for the first of the afternoon's two stoppages, while the morning session was free of interruptions.