Kotaka banked his eighth win of the season in the second race of the weekend at the former Pacific Grand Prix venue to give himself an unassailable points lead over nearest rival Kakunoshin Ota ahead of the final race of the season.

Honda protege Ota (Toda Racing) had boosted his chances with a victory from pole position in Saturday's opener, bringing himself within six points of TOM'S man Kotaka, who could only manage third behind Iori Kimura (B-Max Racing).

However, Kotaka was unstoppable in race two once he had cleared polesitter Kimura, while Ota slipped behind Kimura despite briefly getting ahead of his fellow Honda-backed driver off the start line before the safety car was called on the opening lap.

The bonus point for fastest lap would have kept Ota's faint title hopes alive, but just after he had set the quickest time Kimura managed to go even faster, denying Ota the critical extra point and giving Kotaka the 11-point margin he needed to secure the title with a race to spare. 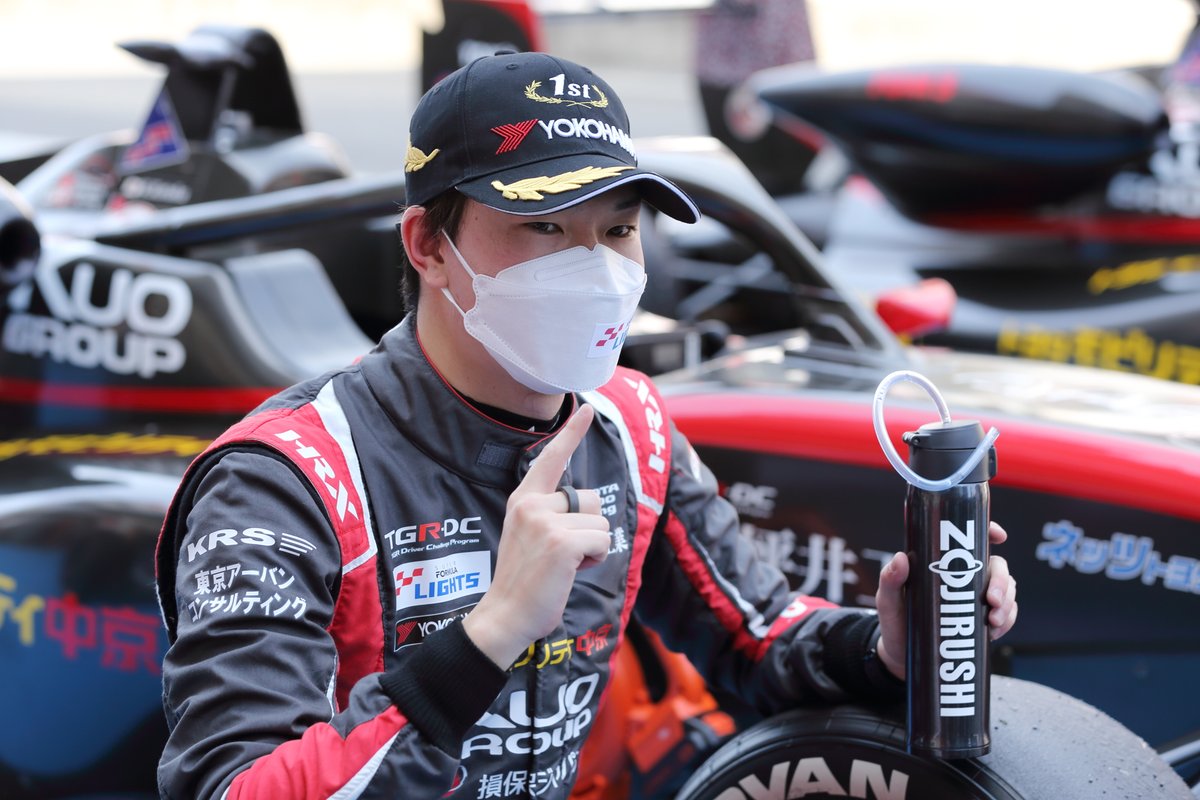 Kotaka went into the 2022 season, his fourth at this level, expected to win the title, albeit having missed most of the 2021 campaign to deputise for an absent Kamui Kobayashi in Super Formula.

Winning the title boosts his chances of a graduation to the top class for 2023, with Sacha Fenestraz's possible exit in favour of a Nissan Formula E drive potentially opening up a space within the Toyota roster.

Ota, who won his fourth race of the season in Sunday's finale, and Kimura, who finished the year third overall with three wins, both appear likely to stay in Lights for a second season next year.

Seita Nonaka beat TOM'S teammate and fellow second-year driver Hibiki Taira in the battle for fourth in the standings with third in the final race behind Kimura and ahead of new champion Kotaka.

The Spaniard, who is openly targeting a seat in Super Formula for next year, finished ninth in Saturday's opening race, ahead of only the two gentleman drivers Nobuhiro Imada and Ryuji Kumita (aka 'Dragon').

Merhi then mysteriously failed to finish the second race following a drive-through penalty for overtaking under the safety car - he had been running seventh, but did not emerge from the pits after coming in to ostensibly serve the penalty.

The final race of the weekend saw Merhi replicate his race one result of ninth, leaving him with no points on the board.