Yamaha: Folger wildcards "not in our programme" 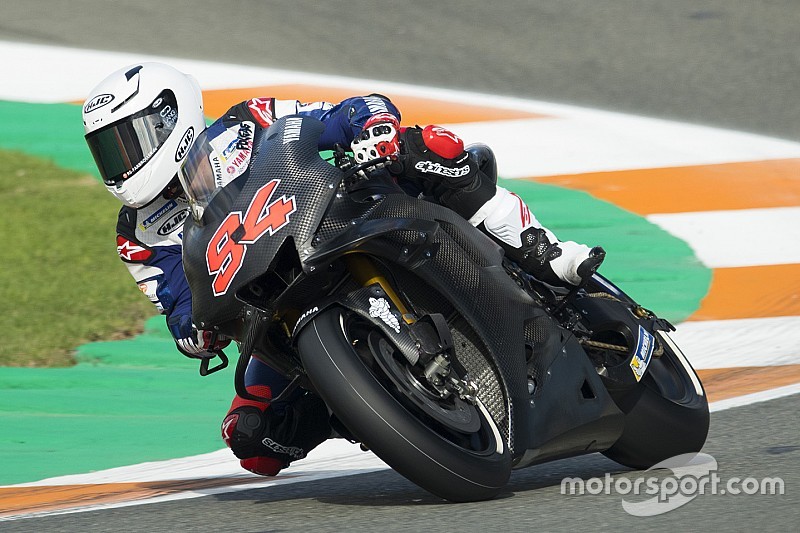 Folger's rookie season in 2017 was cut short when he was diagnosed with Gilbert's syndrome, and the German then skipped the entire 2018 season to recover before being signed by Yamaha as a test rider for 2019.

He took part in the first of the two post-season tests in Valencia last year, where the German talked about a possibility to do wildcards in 2019.

But Jarvis has now confirmed that Yamaha's programme doesn't currently include wildcard appearances for Folger, as he believes the German needs time to recover from his break from racing.

Japanese veteran Katsuyuki Nakasuga has been the only rider to be handed wildcard races with the Iwata-based manufacturer in recent years at Motegi.

"We have no plans at the moment to do wildcards [with Folger]. His priority and focus is testing," said Jarvis during the team's 2019 launch on Monday.

"Should something happen later in the year that changes that, we will see but it’s absolutely not in our programme at this moment."

Jarvis added that wildcard appearances would split the focus of test riders, echoing Aprilia newcomer Bradley Smith's suggestion that he will lose his test rider mindset when he races.

"Of the wildcard riders, Bradley [Smith] is doing five. Maybe [that's] too much. If you’re doing five races in a season, a lot of your focus will surely go towards prepping yourself for those races.

"So let’s wait and see. Jonas has been out of the game for an entire year.

"Firstly he needs to get back into the game, ride regularly, then when he gets up to speed if then we find out he’s very fast and that entering him as a wildcard will help, then maybe we can consider."

Yamaha fielded Folger and Nakasuga in the MotoGP shakedown at Sepang last week that precedes the official test, and Jarvis said he was encouraged by both test riders' performance there.

"I was talking to [Yamaha Racing President Kouichi] Tsuji this morning, he was pretty happy with the Sepang shakedown test," he said. "That means the ideas we brought seem to be working well, which gives me a positive feeling going there."

The revolution in search of a Yamaha revival