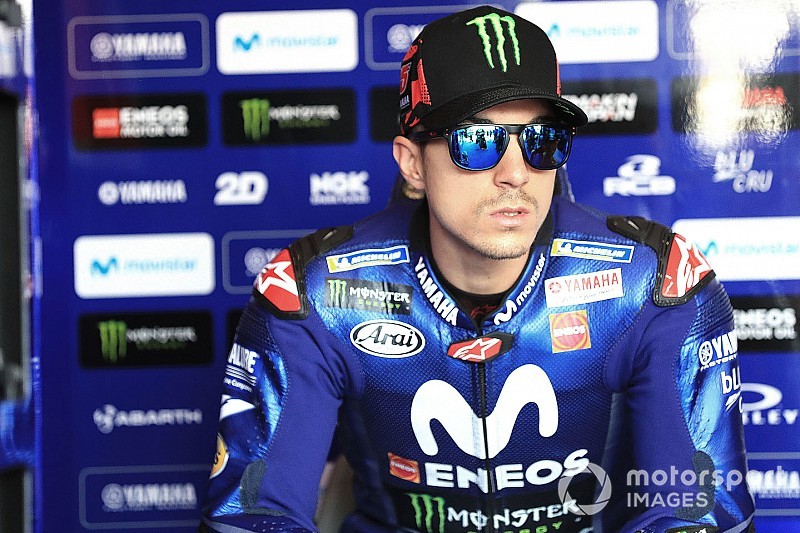 Yamaha has moved to silence Maverick Vinales regarding the controversy surrounding his impending split from MotoGP crew chief Ramon Forcada.

Vinales told media on Friday at Brno that he will end his relationship with Forcada at the end of the year, with Esteban Garcia set to take his place next season.

Forcada said in an interview with Movistar that he had only learned of Vinales’ decision via Yamaha, claiming the Spaniard himself did not “say a single word” to him.

He also hinted that this weekend’s Czech Grand Prix could mark their last race together.

Vinales’ Saturday media debrief was delayed by some 20 minutes while he spoke with Yamaha team boss Lin Jarvis, and when he finally emerged the assembled journalists were warned that Vinales would refuse to answer any question “unrelated to today’s on-track activity”.

It comes at a difficult moment for Yamaha, which has gone more than a year since its last victory in MotoGP, with those responsible for managing the situation appearing confused.

There is also irony in the fact that Forcada’s controversial interview was given to Movistar, which is Yamaha’s current title sponsor but is being replaced by Monster Energy in 2019.

Valentino Rossi passed comment on the situation while addressing Italian media on Saturday, after qualifying second behind Ducati’s Andrea Dovizioso.

“I don’t know so much about it,” he said. “It’s difficult to create a good atmosphere when you are going to split at the end of the season.

“But both Vinales and Forcada are professionals, Ramon has been working here [for Yamaha] for the last 30 years, so I think they will try the maximum until the end of the season.”

Jorge Lorenzo, who worked alongside Forcada during his title-winning years at Yamaha, added: “I’m sad for him, because he’s a great technician.

“We won many championships together, he has a lot of experience, very good especially on suspension. I just hope for the best and he can find another team.”

Forcada is likely to stay within the Yamaha fold next year as crew chief to Franco Morbidelli at the new SIC Yamaha team that joins the grid next season.