Silverstone has launched an independent track investigation and defended its new surface following the cancellation of the MotoGP meeting last weekend.

After several delays and timetable changes caused by heavy rain, the British Grand Prix was cancelled at 16:00 on Sunday, with several key figures blaming Silverstone’s new track surface for the problems.

“We will be conducting an investigation and Silverstone has already engaged an independent track consultant, who we became aware had been there all weekend,” he told Motorsport.com.

“He is a seasoned expert and he started work at 8am on Monday. He will not be the only independent consultant we will be using.

"We want a thorough investigation to find out what happened. We’ve moved quickly and Aggregate Industries [the company that did the resurfacing work] has too.”

Pringle also defended Silverstone, and pointed out that the circuit staff expected the MotoGP, Moto2 and Moto3 races to take place on Sunday afternoon.

“I do not accept the criticism of the circuit and resurfacing because none of us have the data to substantiate those claims,” he added.

“It’s conjecture and completely overlooks the significant rainfall that fell on the day and caused many other events across the country to cancel.

“I don’t think the cancellation was a reflection of the track, it was just the sheer volume of water. In wet warm-up the riders were only 8.5 percent slower than dry times and the norm is 10-15 percent so that indicates a very grippy surface.

“It wasn’t our decision [to cancel the races] – it was the riders. The race director was expecting the track inspection at 4pm to indicate that the circuit was ready for racing, but the decision was made before the agreed inspection time.

“We had an agreement from Dorna that the teams would race up to dusk. But the riders called the meeting before the scheduled track inspection and, contrary to what we had been told and the weather forecast indicating an improvement in conditions, they were not willing to race.” 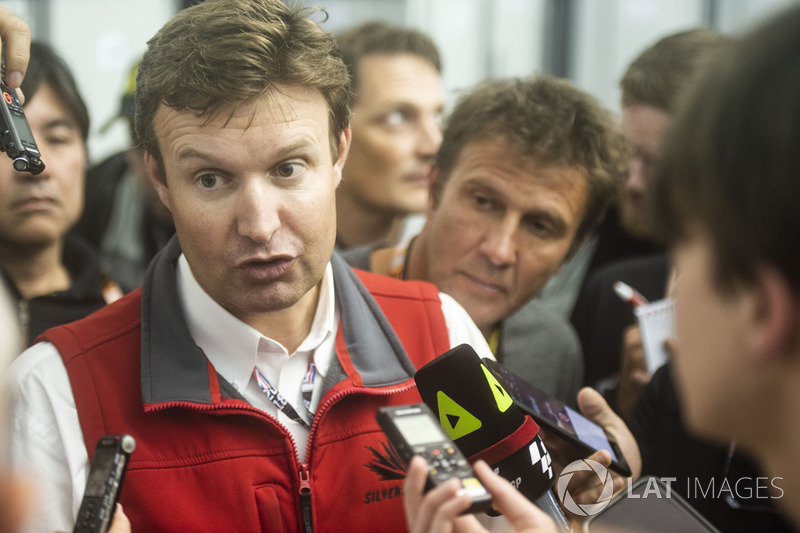 Pringle does not believe the cancellation will jeopardise future MotoGP events at Silverstone, which has hosted the pinnacle of motorbike racing since 2010 after replacing Donington Park.

“Both Dorna and Silverstone have worked really hard in the aftermath of the [failure of the] Circuit of Wales and the fact we did the resurfacing for MotoGP is evidence of our commitment,” said Pringle. “We want to host MotoGP.

“I want to apologise to all our MotoGP fans, who were subjected to the most extraordinarily long wait in the foulest of British weather conditions, which ultimately resulted in no race at all. I am so sorry.

“I will be contacting all customers who bought tickets this week to explain what we are going to do.

“I’d also like to pay tribute to our marshals, volunteers and staff, who maintained the highest professional standards in the most challenging of conditions, and to the resilience of our spectators.”

Opinion: Silverstone has no excuse for MotoGP cancellation

Why F1’s pole records could be about to become meaningless