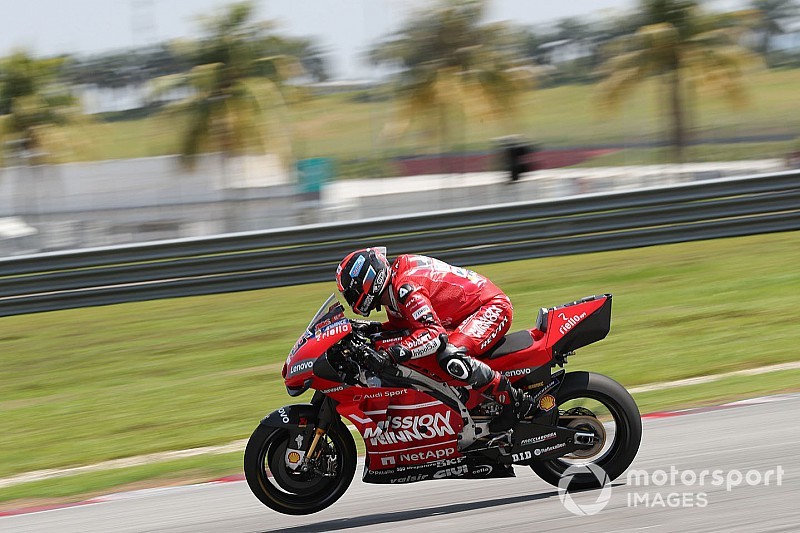 Danilo Petrucci has praised his collaboration with Ducati MotoGP teammate Andrea Dovizioso during pre-season testing at Sepang, saying their partnership is like nothing he's experienced.

Dovizioso and Petrucci ended Day 2 of the test in fourth and ninth respectively, but the duo's most significant part of the session was a race simulation together during a 20-lap long run.

Both riders led the other for 10 laps during the stint, and both were left pleased with the results afterwards.

Petrucci said that while during the season both him and Dovizioso will be competitors of their own, they will continue to work together until Qatar and have teamwork like "never" before.

"When the races are coming I have the #9, he has #4, and we are two competitors," said Petrucci. "But until the first race it is very useful for both of us working together to understand things.

"In the past you never work with your teammate, check every corner for seeing, I go into the corner before, you are better on the exit, so let's work on the corner.

"For sure we have no secret but then when the race arrives we are two challengers like everyone."

Petrucci added that his long run together with Dovizioso is also the start of working with a teammate in "a different way".

"Was very important because we understood many things and I am happy because especially the second part, I was in front and with used tyre and we finish with very good laptimes," he said.

"Maybe not enough for win the race, I don't know for the podium, but for sure better than last year and especially better than yesterday because we struggled a lot during the middle part of the day when the temperature is really hot.

"I think for both of us was very important and useful because we maybe introduce a different way of working like a teammate."

Petrucci admitted that he currently has a lot more to gain by working Dovizioso than the other way around, but feels the latter could also benefit from working together.

"At the moment I think I have more things to learn compared to Dovi," said Petrucci, who was also given access to Dovizioso's support staff ahead of pre-season testing.

"I think in this moment I can learn much more than him, following him. Was important for me learning the lines, understand the way to learn the bike.

"For him the second part when I was in front, was useful for tyre temperature, for see the bike from the rear, see what are the weak points of the bike."

Ducati's lead rider Dovizioso was also happy with the long run he did with his teammate.

"The goal was not to make these 20 laps as fast as possible, but to work on certain details," he said. "This is the best way to work, especially if you do it together, because when you ride along it is never like you are in a race.

"I proposed it and it was also accepted by Danilo, and it was productive for both of us."

Dovizioso added that he has no problems sharing his knowledge with Petrucci, even if the latter may end up faster than him.

"I have a certain mentality and I'm not one to hide some things to win," added the 2018 runner-up. "I have no problem exposing certain things that can be positive for my teammate.

"If another rider can be faster than me doing the same things, chapeau!" 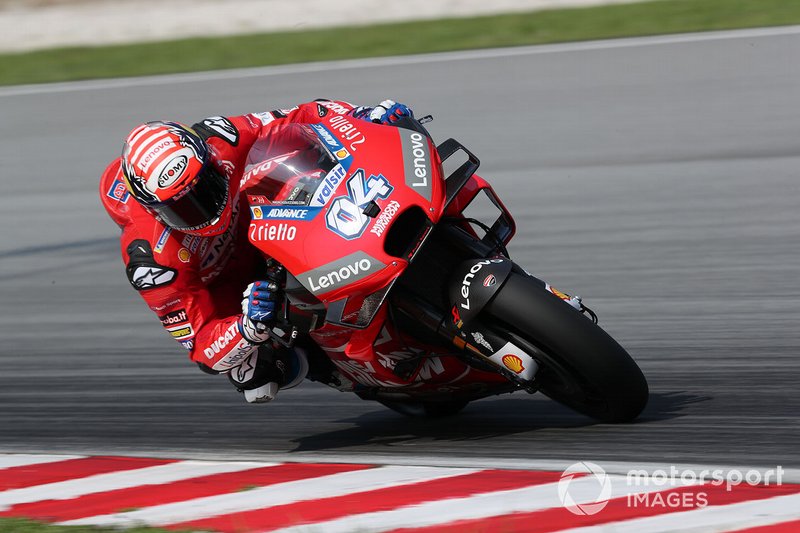