The nine-time grand prix world champion’s MotoGP future beyond 2021 remains in doubt as he’s struggled for form this year, with Motorsport.com revealing on Saturday that SRT and Yamaha has already been sounding out potential replacements for Rossi in 2022.

Rossi made it into Q2 for just the third time in 2021 at Barcelona on Saturday, doing so directly from FP3 having made a step forward with the set-up of his M1 after going “the wrong way” on Friday.

Though only managing 11th in Q2, 0.752 seconds off the pole time set by Fabio Quartararo, Rossi’s progress was halted by an early crash in the session.

Rossi’s progression to Q2 was met with exuberant celebrations from his side of the SRT garage.

Asked if this showed how much pressure his side of the team is under, Rossi said: “I’m very happy of the behaviour of the team, of the atmosphere in the pits because I have genuine support.

“All the guys understand that this challenge is difficult, and everybody is very, very sad when my performance is bad, like Friday when I was P18 and my pace was very bad.

“So, they know that we need good results and still we can do some good races and we can enjoy but we need to be strong.

“My box, but also all the guys of the team support me very much, and it was funny today.

“And then to enter into Q2 at the moment, for us, is a good result.

“I think it’s this more than the pressure. The pressure for the team, I don’t think they have a lot of pressure.

“I think that they want to arrive in front, like normal. I don’t feel any particular pressure. It’s more genuine support.”

Rossi has previously spoken of having the full backing of SRT management despite suffering his worst-ever season so far having scored just 15 points from the first six races.

Speaking about his performance gains at Barcelona, Rossi believes the track has played a factor but also feels the step forward is genuine.

“I like the circuit here in Barcelona, I ride quite well,” he said.

“But we also improved the setting of the bike. I think we did a mistake on Friday.

“On Friday we followed the wrong way. But these are things that happen all the weekends to more or less all the riders.

“The problem is when it happens to me, it’s ‘Rossi’s too old, you have to stop’ after one bad practice.

“But it’s normal, you work and we try a wrong way. But I’m very, very happy at the feeling I have today because I was not so bad on the track, and I enjoy.” 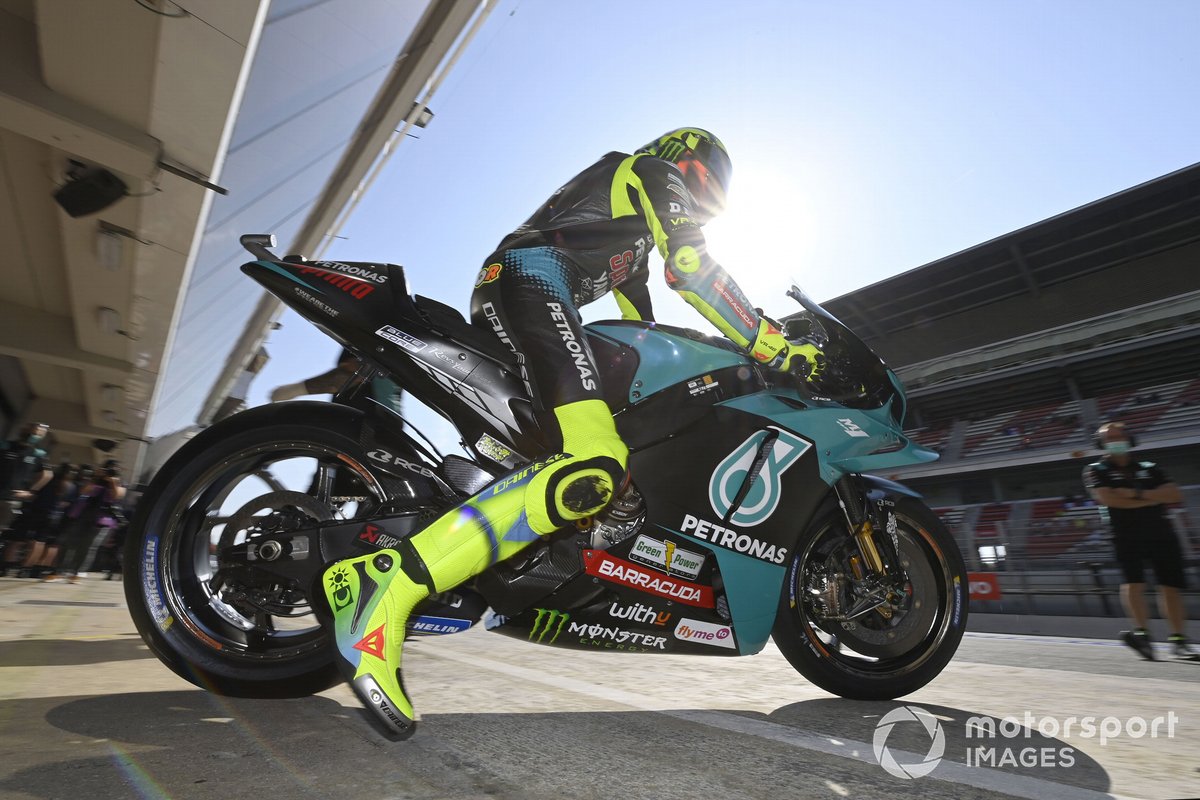 Rossi’s famous #46 to be retired from MotoGP