Redding accepts his "time in MotoGP is over"

Aprilia MotoGP rider Scott Redding says he must "accept" that his time in grand prix motorcycling's top tier is over as he continues to weigh up where to race in 2019.

It was announced in June that Suzuki’s Andrea Iannone will replace Redding at Aprilia for next year, leaving the double premier class podium finisher with no options to stay in MotoGP.

Since then he has been weighing up various options over his future, although the test rider role the Italian manufacturer had initially offered him has since gone to compatriot Bradley Smith.

"I wish him [Smith] all the luck," said Redding. "It’s not going to be easy, but there’s a good team behind and what they want to achieve, they are working for it, there’s no doubt about it.

“I have some options, I need to make the right decision. I need to really think about my future to regain myself, to win again.

“I need to do a little step sideways and then I need to work out how to go forward again. So I have some nice options and definitely it will be interesting."

On whether he could yet return to MotoGP in 2020 or beyond, he said: “Honestly there are too many young riders coming up. Pushing now [into MotoGP] every year there’s two or three young riders.

"My time is over, it’s done, I need to accept it and move on in another direction.”

Among Redding's options for 2019 are a move to World Superbike, a British Superbike ride with top Ducati squad Paul Bird Motorsport and a possible return to Moto2, where he raced from 2010-13.

Redding said that there are no hard feelings with Aprilia despite him labelling the RS-GP bike a “piece of s***” in Austria, an outburst he doesn't think ultimately cost him the chance to stay on in a test rider role.

“What happened in Austria didn’t help me, but in the end we discussed, I explained myself," he said. "It wasn’t against me at all.

"I need to do what is right for me in the future and being a test rider was not my main priority, I will admit that. I think you ask anybody they would agree. You’re 25, you’ve got a lot of talent why should you go and be a test rider?

“It was an option, I would like to have done it and had a chance to have come back to MotoGP, but what was the chances of me to come back in MotoGP?

"I’m not going to spin laps to do nothing in the end. I want to race.” 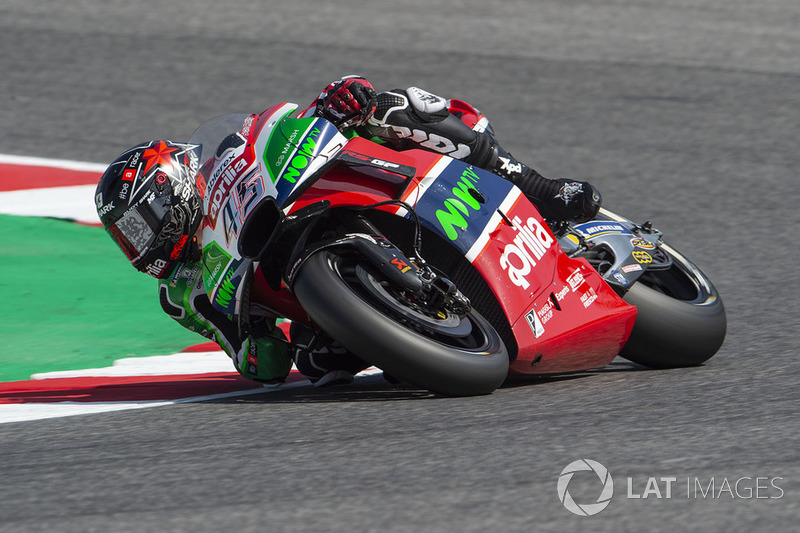