MotoGP world champion Fabio Quartararo says he was “totally lost” on his Yamaha during Friday’s Valencia Grand Prix practice and has similar feelings to those he had in 2020.

Quartararo ended Friday's running ahead of this weekend's season finale at the Ricardo Tormo Circuit 11th overall after suffering a crash early in FP2 at Turn 2 which left him completely baffled.

And when he rejoined the session he says he "couldn't ride like [I have been able to] all the year.

"I was lost, totally lost," Quartararo said when asked by Motorsport.com if his feelings on the bike were different on Friday to what they had been all year.

"You do everything OK and the front just goes so aggressive, it closed so aggressive and you don't understand why.

"Today the bike was super aggressive, couldn't ride like all the year. 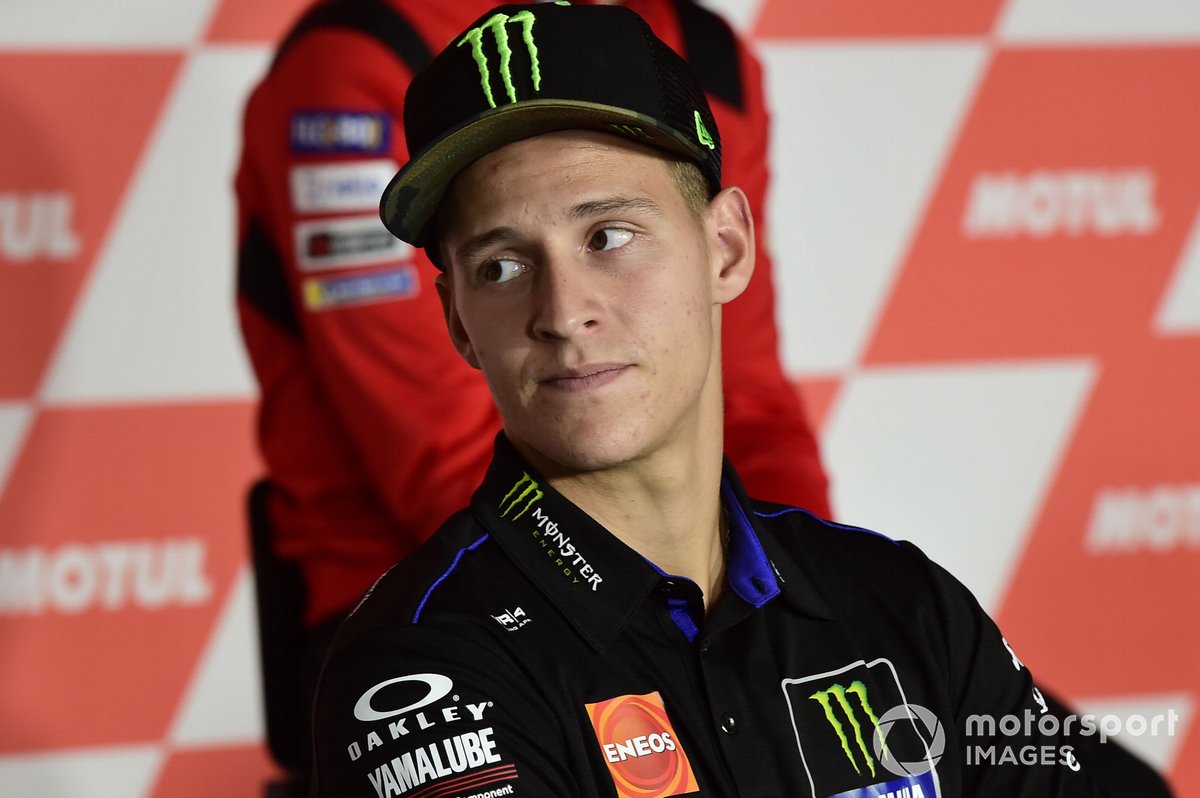 When asked by Motorsport.com if the feelings he had on Friday were like those he suffered at Valencia last year, he admitted they were and noted that his Yamaha is "really aggressive" on turning.

"To be honest, yes, really similar," he added. "Let's say you don't know what is going on.

"You don't know where you are, you don't know the front feeling. The bike is turning pretty well, but it's really aggressive and there's no feeling from the front.

"So, we are a bit lost, I'm a bit lost today but the team is looking if there was something strange.

"Also, at Turn 1 I was really careful and I was losing a lot in that corner, but there were many other corners where the bike was feeling super strange."

Currently only one Yamaha rider is holding a provisional place in Q2 for qualifying, which is Petronas SRT's Andrea Dovizioso in ninth, while Quartararo, Franco Morbidelli and Valentino Rossi were 11th, 13th and 21st.