Yamaha's Fabio Quartararo comes into this weekend's Emilia Romagna Grand Prix at Misano with his first match point in the 2021 title race, as he leads Bagnaia by 52 points.

Should Quartararo win on Sunday it will be game over for Bagnaia, but the Ducati rider – who won at Misano in the San Marino GP last month – does have realistic options to keep the title battle rolling to the Algarve GP in November.

Miller has openly spoken of his willingness to act as Bagnaia's tail gunner in recent races, and Ducati has utilised team orders in the past – most famously late on in 2017 to Jorge Lorenzo in a bid to help Andrea Dovizioso's championship tilt.

But, when asked by Motorsport.com if Ducati had discussed issuing team orders from this weekend, Miller says it hadn't and even believes he can receive support to ensure he can finish in the top three of the standings.

"For sure it's a crunch point, I think," said Miller.

"No, there's no official anything at this point in time. I think it's important for Ducati to try and be – if worse comes to worst – in the top three, both bikes, and we have a good chance of that.

"So, I need to pull my finger out and for sure I can also get some support coming back my way in the races to come." 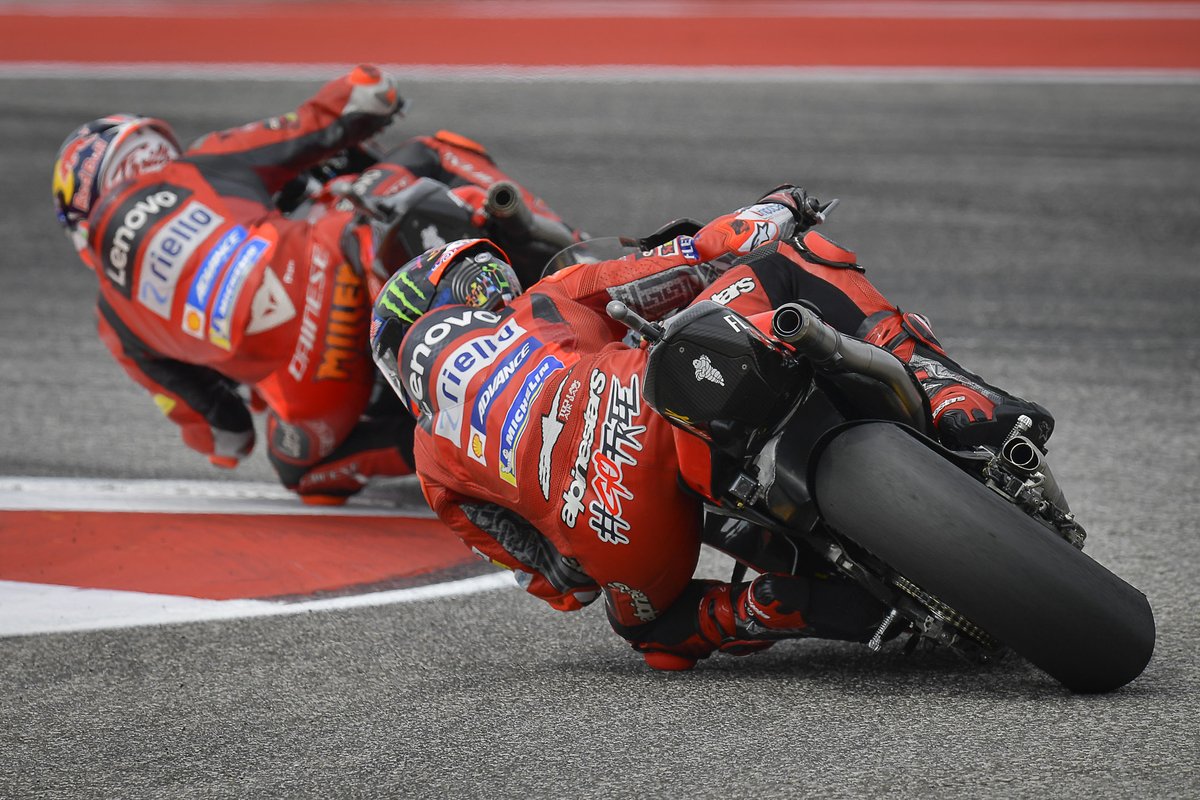 Miller added that, aside from the teams' and constructors' championships, his main goal is finishing third in the riders' standings.

Currently he is 28 points adrift of outgoing world champion Joan Mir in fourth.

"For sure I'd live to be able to take away a medal this year," the double race winner in 2021 added.

"With the ups and downs we've had, it would be fantastic.

"I feel like I'm in good shape, I feel the last couple of weekends, much like at the beginning of the year, I feel like I've got everything there.

"I've just got to put it altogether. It's been the difficult thing, but we've been able to do it all before and we'll do it again.

"So, for sure for me coming into these last three races it's really important I take the maximum points as possible and just try to be there all race, that's the main goal, because we've been able to show we've had the speed at pretty much every grand prix this year.

"It's just whether or not we can keep it there on Sunday is the issue."